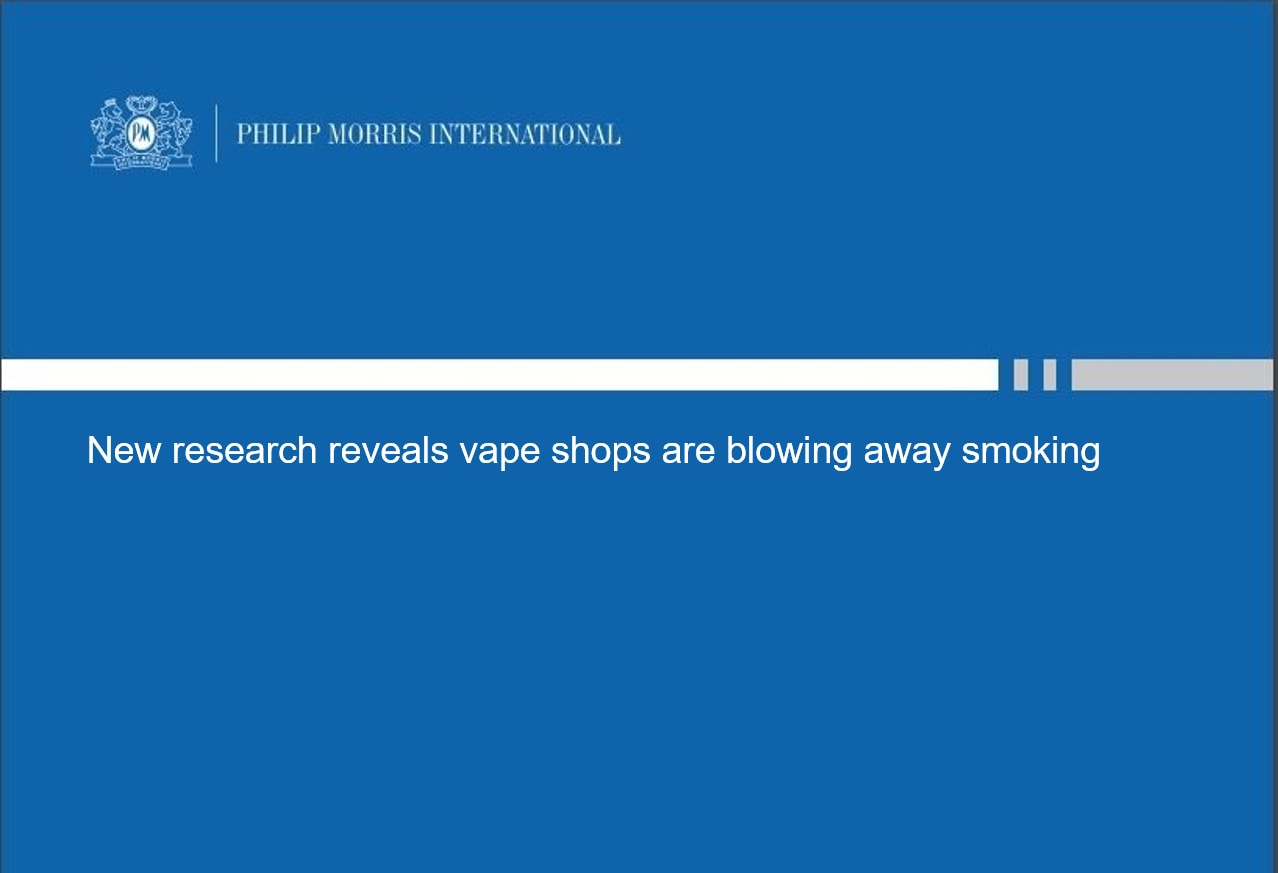 Can vape shops help save the high street?

New research released today reveals a more than thirty fold increase in the number of vape shops in the UK over the last five years. Vape shops are becoming a significant presence on the high street while other retailers, particularly grocers, newsagents and electrical goods stores are in sharp decline. The rapid spread of vape shops across the country has coincided with significant falls in the prevalence of smoking. The research finds that some of the largest declines in smoking rates over the past five years were observed in regions with a particularly prominent vaping sector.

The report by the Centre for Economic and Business Research on-behalf of Philip Morris Limited, found that the number of vape shops in the UK rose from less than 100 in 2013 to 2,850 in 2018. UK sales of vape products reached £1 billion in 2017 and this is expected to double in less than three years to £2 billion by 2020.*

The report found that the North West is the UK’s number one vaping hotspot with 456 vape shops – one for every 2,019 adult smokers in the region. The region has also experienced one of the biggest declines in smoking prevalence, with the adult smoking rate falling by 4% between 2013 and 2017.

While the growth in the number of vape shops can be seen throughout the UK, the density varies across the country. Mark MacGregor, PMI UK Corporate Affairs director, said: “This research clearly shows the huge contribution vape shops are making in helping smokers switch away from cigarettes. According to ASH, 50% of all smokers do not realise that e-cigarettes are significantly less harmful than smoking. Vape shops have an incredibly important role to play in raising awareness of the various alternatives to smoking, including e-cigarettes and heated tobacco.”

The research also highlights the significant impact that vape shops are having on the wider economy. 40% of vape shops were found to be trading on premises that were previously vacant. Vape shop owners now employ close to an estimated 6,000 people directly in store. The number of vape stores has grown by over 100% at the same time as retailers that have traditionally been a staple of the high street such as grocers (-15%) and electrical goods stores (-26%) are dwindling.

Vaping hotspots by number of adult smokers per vape shop

About Philip Morris International
We are a leading international tobacco company engaged in the manufacture and sale of cigarettes and other nicotine-containing products in markets outside the United States of America. We’re building our future on smoke-free products that are a much better consumer choice than continuing to smoke cigarettes. Through multidisciplinary capabilities in product development, state-of-the-art facilities and scientific substantiation, we aim to ensure that our smoke-free products meet adult consumer preferences and rigorous regulatory requirements. Our vision is that these products ultimately replace cigarettes to the benefit of adult smokers, society, our company and our shareholders. For more information, see our PMI and PMIScience websites.

About Smoke-Free Future
Philip Morris has made a commitment to develop, market and sell smoke-free alternatives, and encourage adult smokers to switch to these alternatives, as quickly as possible around the world.