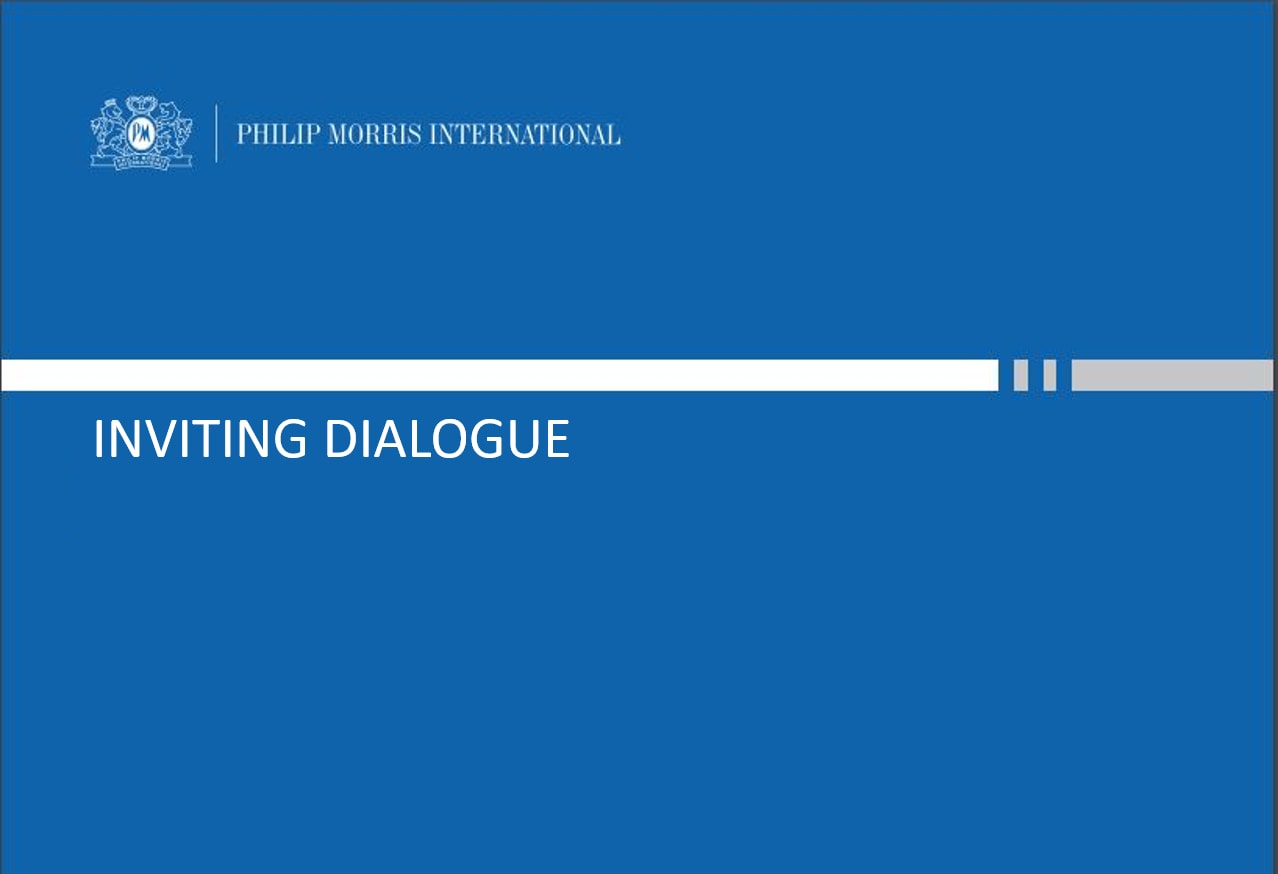 Recently I received an open letter in which you called on PMI to stop selling cigarettes; and to do so immediately. In essence, the letter says that anything less than shutting down PMI’s cigarette business is “irresponsible” and “monstrous.” The full text of the letter and the current list of signatories is posted here.

In the interest of open discussion, I’ll take the letter’s demand at face value and assume that I could simply order PMI to stop its cigarette sales. What would that accomplish from the perspective of public health?  Would smoking prevalence change?

Globally, PMI has a market share of approximately 15%, which represents about 150 million men and women who smoke our cigarette brands. If those brands are suddenly unavailable, our competitors — both the lawful and the illicit ones — would quickly step in to meet demand. The supply would change, and there would be short-term turmoil on the market, but people would still smoke.

In short, there is no benefit to society for us to stop selling cigarettes from one day to the next. Nonetheless, and perhaps surprisingly, our core strategy is not at odds with the demands of your letter. Indeed, our paramount business strategy is to replace cigarettes with less-harmful, smoke-free alternatives. That’s what we call a smoke-free future, and it could mean that PMI will one day, ideally sooner rather than later, no longer be in the cigarette business.

There are more than one billion people in the world who smoke. The WHO estimates that statistic will remain largely unchanged over the next ten years. Many people try to quit but keep smoking, while hundreds of millions of people don’t even express a desire to quit.

A key point, which underlies the entire spectrum of tobacco control policies, is that we’re talking about smokers’ behavior. Neither we nor NGOs nor governments can dictate peoples’ decisions or actions. No company or regulator has the power to make people switch to better alternatives or to quit smoking. No matter how compelling a business strategy or a public policy, there’s no magic wand at hand. Success takes persistence, imagination, and hard work.

We’re excited that in the two years since we launched our first heat-not-burn product, the switching rate has reached 8,000 people per day — and over 3 million people have stopped smoking. That’s equivalent to the total number of smokers in Australia or Belgium and far outpaces what traditional anti-smoking measures have been able to achieve. Looking ahead, we expect that by 2025, at least 40 million men and women, representing about 30% of PMI’s current cigarette consumers, will have switched from smoking to one of our smoke-free products.

Again, however, the key is consumer behavior. People need persuasion to switch from smoking to smoke-free alternatives, which requires intensive, direct work with consumers, as well as huge resources — all of which is part of PMI’s absolute commitment to a smoke-free future. But there are limits to what PMI can do, and we cannot do it on our own.

Governments, public health experts, and NGOs all have a critical role in encouraging less-harmful alternatives to smoking and shaping a regulatory environment that propels consumers’ switching. Careful oversight and appropriate channels for consumer communication are also essential to seizing the opportunities that new technologies, such as heat-not-burn, offer to smokers and society.

One way to assess our seriousness is to look at how we’re allocating resources within the company. Keeping in mind that we’re barely two years into commercializing this new category of products, here are some basic facts:

We also invite scrutiny of our research methodologies and data. We have published hundreds of articles in peer-review journals and host a large-scale crowd-sourcing platform in cooperation with IBM. Additional information on our work is available on our PMIScience website and in our most recent sustainability report.

Finally, I do realize that you may be skeptical of our work. I hope, however, that you’ll accept an invitation to an open day at our R&D facility in Neuchâtel, Switzerland, on November 22, 2017. That way, you would be able to see first-hand what we’re doing, ask detailed questions, and perhaps come to the conclusion that there are actually more areas of agreement than of disagreement between us.

If you are interested in attending the Open day in Neuchâtel please get in touch with us here with your name and affiliation. We are looking forward to welcoming you