Arm-twister, scientist, force for change: Get to know PMI's President of Science and Innovation 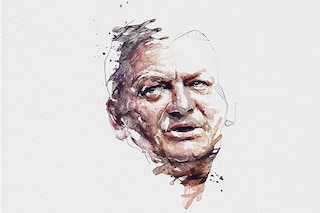 1. He challenged all his friends to stop smoking.

“They would say to me, ‘Give us a break, we want to keep smoking’, and I kind of forced them to make a positive decision. To quit or if they did not - to switch completely to a smoke-free alternative. And today, I do not have a single friend that smokes.” says Mirek, as he is known. But it is one thing to twist friends’ arms, it’s quite another to influence the habits of the world’s one billion smokers. “It has to be institutionalized. The incentives have to be given by government, by regulators, by the scientific community–by academics.”

2. He’s passionate about the need for change.

“Yes, I do get emotional on the subject. For me it is crystal clear that the time has come for regulators and everyone who cares about smokers to step in and lay it on the line: ‘You can only do two things, quit now or switch now. You cannot continue smoking.’” He wants to see an honest debate about the need for harm reduction, not a simplistic reiteration of the message that every tobacco product is harmful. “Every tobacco product is risky. But not every tobacco product has the same risk profile. That is generally accepted by the scientific community.”

3. He is a long-standing transformation advocate.

Mirek’s interest in a radical reform of the cigarette industry dates back to the 1990s. “I first talked to Andre Calantzopolous about the subject in 1999, when he was still one of the regional presidents and I was a managing director. He was convinced then that we needed to address the product issue, and I agreed with him.”

“It is who we are that has brought us to where we are today.” Mirek has been with PMI for more than 25 years and believes that, while the new smoke-free strategy seems revolutionary, it only reflects something that is in the company’s DNA – the ability to adapt to changing circumstances. “From the moment I joined PMI, I realized how entrepreneurial the company was, how ready to take on new challenges we are.” And he thinks that fearless willingness to make fundamental changes will be vital in the years ahead.

5. He thinks skeptics have missed the point.

“Just think about it. Who else but a tobacco company is going to come up with technological alternatives to the products it offers to the market today? Who has the greatest financial stake in ensuring that its smoke-free products offer a better alternative to continued smoking?”

6. He is passionate about transparency.

“Outsiders are naturally going to be skeptical about our science, because it is science carried out under the aegis of Philip Morris International. That is why it is absolutely vital that we are transparent in our research and invite scrutiny from the scientific community.”

Behind the lens - photographing the people of PMI

PMI is proud to be the first equal-salary certified company