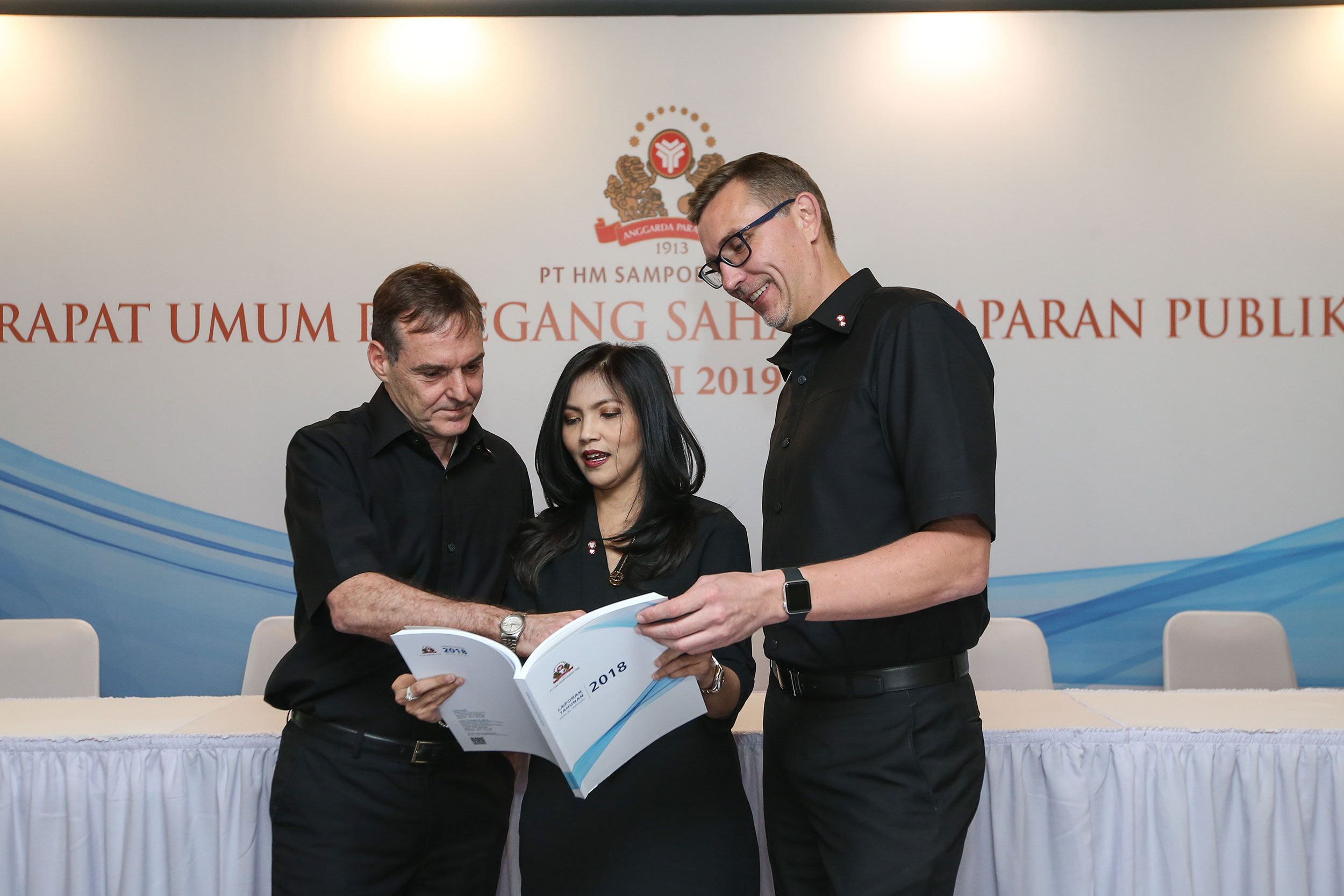 JAKARTA, May 9, 2019 – PT HM Sampoerna Tbk. (“Sampoerna” or “the Company”/IDX: HMSP) announced its full year 2018 and first quarter 2019 results and changes to its leadership today. The company also announced an increase in membership of the Sampoerna Retail Community (“SRC”) to more than 105,000 retailers across the country. SRC members are typically small, mom-and-pop retailers who partner with Sampoerna to improve their management capabilities and store’s performance.

Mr. Mindaugas Trumpaitis, President Director of Sampoerna stated, “We are proud to work alongside so many terrific retail entrepreneurs across the country. Their enthusiasm to improve their livelihoods by enhancing the management and operation of their stores is inspiring for us. It is clear that the success of SRC members directly leads to Sampoerna’s success. The next step in our partnership will be to create digital opportunities for SRC members to expand their businesses via various online platforms. This is aligned with the concept of Indonesia 4.0 and we call on the government to include the tobacco industry within that initiative.”

In addition to our partnership with SRC members, for more than a decade, Sampoerna has been committed to increasing the competitiveness of Indonesia’s entrepreneurs through our “Sampoerna untuk Indonesia” program. Guided by the company’s “Three Hands Philosophy” and leveraging the Sampoerna Entrepreneurship Training Center (“SETC”) in East Java, we encourage the growth and development of micro, small and medium-sized businesses through vocational and management training. Since 2006, Sampoerna has trained over 47,500 people within SETC programs.

“By supporting both SRC and SETC entrepreneurs, Sampoerna is working towards our objective of being a key driver in the success of Indonesia’s small and medium-sized business community. This supports the government’s goal of accelerating economic growth through the empowerment and development of small business in Indonesia,” added Mr. Trumpaitis.

For 2018, the Company maintained its leadership position in Indonesia with 33.0% market share and 101.4 billion units in annual sales volume. Sampoerna’s market share included a 30.2% share in the machine-made kretek segment, a 60.9% share of the white cigarette segment and a 37.7% share in the hand-rolled kretek segment. The Company reported net revenues of Rp. 106.7 trillion and net profit of Rp. 13.5 trillion, up by 7.7% and 6.8% respectively compared to 2017. The Company declared a dividend of Rp 117.2 per share for 2018.

The Company also announced its first quarter 2019 results. The estimated total market decreased 0.8% mainly due to trade inventory movements in the quarter following the absence of an excise tax increase in January 2019. Market share and volume declined slightly to 32.2% and 22.1 billion units, driven primarily by the lower total market and the widened retail price gap of A Mild to competitive brands following its price increase in October 2018. Net revenues and net profit grew 2.9% and 8.4% to Rp. 23.8 trillion and Rp. 3.3 trillion boosted by higher pricing across various brands in the portfolio.

Founded in 1913, Sampoerna – an affiliate of PT Philip Morris Indonesia and part of Philip Morris International Inc. – is the leading Indonesian tobacco company, focusing primarily on the production and sale of clove cigarettes. The Company produces some of the best-known kretek (clove) cigarette brand families such as Sampoerna A, Dji Sam Soe the legendary “King of Kretek”, Sampoerna U and Sampoerna Kretek. The Company also distributes the Marlboro brand of cigarettes throughout Indonesia, through a long-term distribution agreement with PT Philip Morris Indonesia. Sampoerna operates seven production facilities in Java and partners with 38 Third Party Operators, employing – directly and indirectly -- a total of approximately 65,000 employees, mostly in the production of hand-rolled clove cigarettes. Sampoerna distributes its products via 114 sales and distribution area offices across Indonesia.

Sampoerna is one of the largest companies by market capitalization on the Indonesian Stock Exchange, where it trades under the ticker symbol “HMSP.”