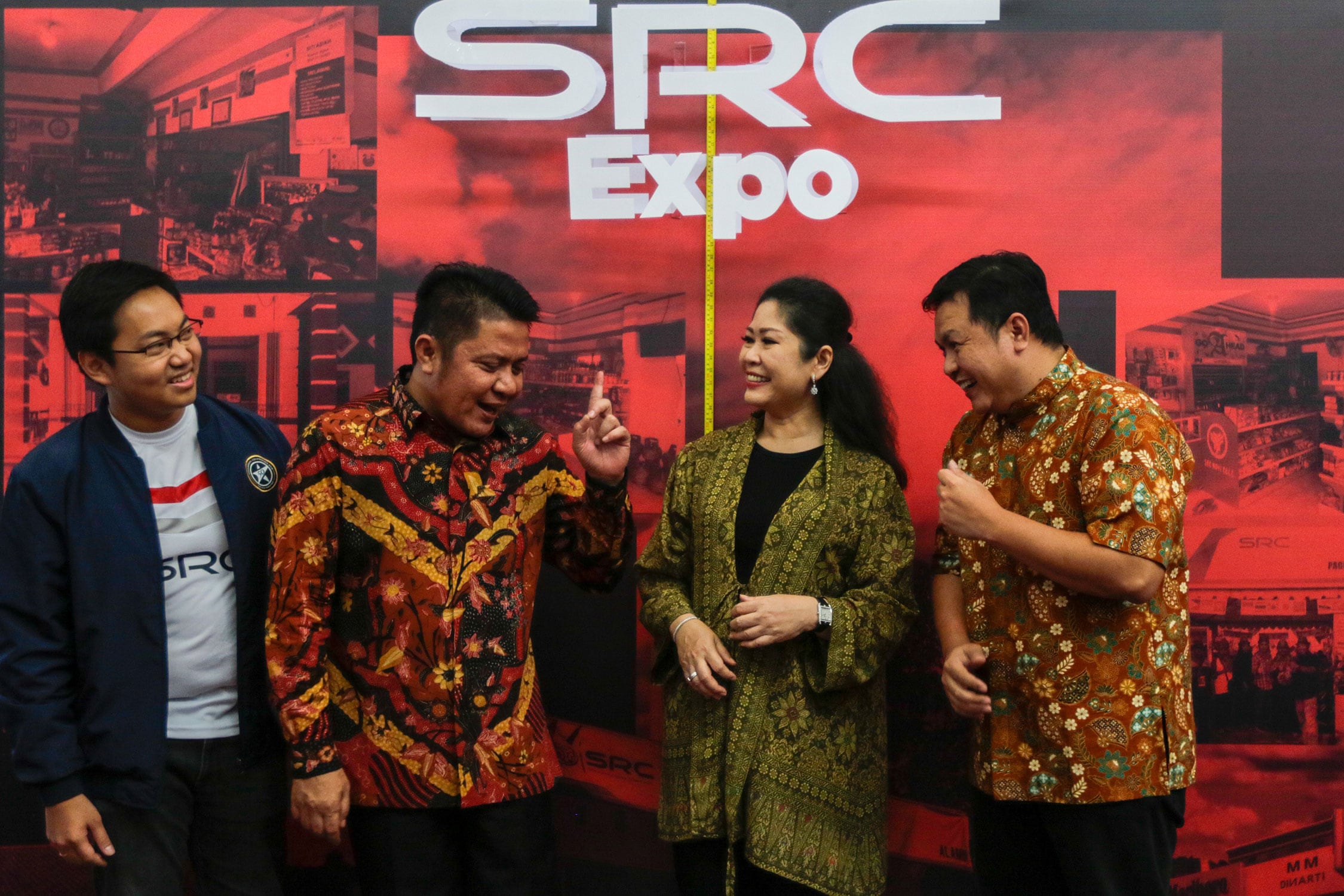 The SME empowerment program was fully supported by South Sumatera Regional Government. According to the Governor of South Sumatera Herman Deru, SME’s enthusiasm needs to be maintained, because modernity is not a guarantee for business success if the actors cannot analyze market share. Therefore, he is very grateful that Sampoerna is willing to cooperate with South Sumatera Provincial Government in supporting SME actors in South Sumatera.

The actions of UKM actors in South Sumatera has became more evident, as seen from the data published by the Office of Cooperatives and SME of South Sumatera. In 2016, there were 2,102,478 recorded SME actors in this province and it increased to 2,103,268 units in 2017.

In the middle of conducive climate for SME development, the synergy between government and private sector to develop SME in Indonesia becomes more crucial, considering the sector’s remarkable potential for development. Sampoerna’s Regional Head for South Sumatera, Rianto Probo Hartono, believes that SME advancement will accelerate the economic activities in a region.

”SME empowerment is Sampoerna’s effort in supporting the government to accelerate economic independence nationally and regionally. This spirit is written in the foundation of our program ’Sampoerna untuk Indonesia’. Along with this commitment, we also hold SRC Expo for retail partners under our coaching. This event is aimed to reach more SME actors, unleash their potentials, and give access to various other business opportunities,” said Rianto.

In South Sumatera, 2,500 traditional retail shops have became a part of SRC and continually coached by Sampoerna. SRC Expo was held to support the entrepreneurship enthusiasm in South Sumatera through traditional retail exhibition. The series of events include meeting of SME actors with various parties to strengthen their business networks, entrepreneurship trainings, and seminars to broaden SME actors’ business insight.

SRC Expo is also a part of Road to SETC Expo, an annual event for PPK Sampoerna’s entrepreneurs. Every year, PPK Sampoerna invites hundreds of SME actors to participate in SETC Expo to exhibit their products, to broaden business network, and to receive interesting trainings to build their capabilities. The highlight of SETC Expo 2018 will be held in Bali on December.

South Sumatera Regional Government applauds SRC Expo that would attract more than 3,000 SME enthusiatsts. “I am very grateful that SRC also takes part in economic development and encourages SME spirit for improvement. And if necessary, retailers’ shops under SRC coaching can use local handicrafts as a signature and at the same time supporting local craftsmen,” said Herman Deru.

Budi Lubis, the owner of SRC Radja Cell that has been joninig SRC for four years talked about his experience, ”My shop has been greatly improved because of SRC’s support. I hope SRC Expo will inspire traditional retailers like me to keep moving forward and reach many opportunities in the middle of growing modern retailers like now.” Because of the significant growth of his business, Budi Lubis can also empower 55 traditional retailers in Palembang area.

”SRC Expo is the first step for synergy between private sector and government that we need to support together. Strong SME will support our economy to be stronger, and in the end it will endure any condition. Sampoerna hopes that SRC Expo may inspire, motivate, and encourage our SME partners in South Sumatera,” Rianto concluded.

Sampoerna untuk Indonesia at a glance

Sampoerna untuk Indonesia (Sampoerna for Indonesia) is a program by PT HM Sampoerna Tbk. as a dedication and contribution from the Company in advancing the Nation and Indonesian society, as well as to inspire and motivate the society to do their best for themselves and the nation. “Sampoerna untuk Indonesia” activities and programs include various fields, such as education, women empowerment, community economic empowerment, and disaster response, among others.

Founded in 1913, Sampoerna – affiliate of PT Philip Morris Indonesia and a part of Philip Morris International Inc. – is a leading tobacco company in Indonesia with its main focus on kretek cigarette production and sales. The Company produces several well-known kretek cigarette brands such as Sampoerna A, the legendary King of Kretek Dji Sam Soe, Sampoerna U, and Sampoerna Kretek. The Company also distributes Marlboro in Indonesia through a long term agreement with PT Philip Morris Indonesia. Sampoerna operates seven manufacturers in Java island and cooperates with 38 Cigarette Production Partners. Sampoerna employs 67,400 employees, directly and indirectly, which largely works in the Hand-Rolld Kretek Cigarette production line. Sampoerna distributes their products through 106 regional sales and distribution offices in all over Indonesia.

Sampoerna is an issuer with the largest market capitalization in Indonesia Stock Exhange. Sampoerna’s shares are sold under the share code “HMSP”.