In Focus: Illegal flows in the Balkans (continued) 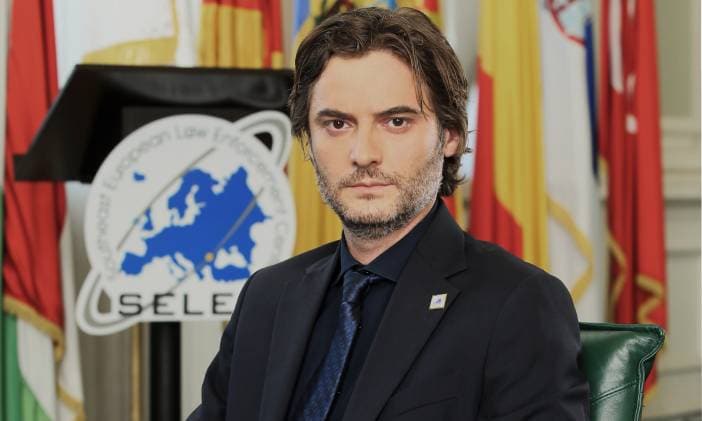 STOP: ILLEGAL continues to explore illegal flows of goods in the Balkan region through an interview with Romulus Nicolae Ungureanu, the Director for Operations at the Southeast European Law Enforcement Center (SELEC).

Romulus Nicolae Ungureanu: For Organized Criminal Groups (OCGs) and individuals, illicit trade constitutes a substantial source of income, just as profitable as higher risk-crimes, as drug trafficking. One of the main reasons is the fact that they face considerably lower risks compared to other types of crime.

Illicit goods are easy to transport and conceal, they retain their value, and when linked to poor economic conditions, the demand for these products increases.

In fact, over the last years, the illicit trade in Southeast Europe has constantly increased in profitability, causing heavy losses to our Member States’ budgets, thus making it a priority for our law enforcement agency and to the member state governments.

STOP: ILLEGAL: How have the trends evolved over the past ten years in terms of products and flows?

Romulus Nicolae Ungureanu: The financial crisis that emerged in Western markets at the end of 2007 had a negative impact in the Balkan, which continued for ten years. The main impact was that it made black markets much more appealing to the average consumer due to cheaper, illegal products becoming available. It also led to public service budget cuts, which stopped some of the resources available to law enforcement agencies in the region.

Nowadays, illicit trade is more global than ever and more complex. Illicit goods have increased in availability and diversity, mainly due to globalization and technology. Counterfeit goods can be produced in large quantities and easily transported anywhere in the world. Traditional trade has been digitalized, making online trade a key facilitator for black markets.

On the subject of cigarettes smuggling, a trend of ‘cheap-whites’ (also known as ‘illicit whites’) is emerging in Southeast Europe as well, and organized criminal groups (OCGs) are directing their resources from smuggling counterfeit cigarettes to ‘cheap-whites’.

According to SELEC’s latest reports, many OCGs have shifted to this profitable activity, exploiting their older networks, routes and trafficking methods, in response to market opportunities. The routes that perpetrators use for smuggling illicit goods in Southeast Europe are dynamic, and many of the countries in our region represent a transit area.

STOP: ILLEGAL: What are the biggest challenges in addressing the illegal trade in the Balkans?

Romulus Nicolae Ungureanu: Illicit trade is a multi-layered phenomenon, therefore it is difficult to say that one challenge has more impact than others. However, in line with SELEC’s latest reports, the biggest challenges are related to globalization, misuse of technology, and social tolerance.

Intense free movement of goods not only in Southeast Europe, but globally, makes it almost impossible for law enforcement agencies to check the content of all cargos and containers. Risk analysis or random checks are not sufficient to identifying illicit goods. Our reports show that intelligence still represents the main method of detecting illicit goods in the Balkan region.

Due to funding restrictions, there is not enough state-of-the-art technology implemented at national level law enforcement agencies. There is an urgent need for increased operational capacity in the field, and relevant training provided.

Trust among Member States represent a key factor for combating illicit trade in our region. Organized Criminal Groups often use free trade zones as transit hubs to transport the goods in the region.

Asset recovery legislation is important. There should be a common and well established practice in the field of asset tracing, identification, confiscation, management and sharing of confiscated assets.

Online trade has increased over the last years. The Internet has become an important tool for criminals all over the world, representing an important facilitator in illicit goods smuggling by enabling innovative ways to buy products and equipment deemed necessary in the process.

The anonymity provided by the dark web, as well as location hiding techniques, poses great difficulties for law enforcement in identifying the offenders.

One other challenge is represented by the overall social tolerance; people are not considering illegal trade as a serious crime and keep on buying illegal goods, refusing to cooperate with the relevant law enforcement agencies.

STOP: ILLEGAL: What are the key priorities that law enforcement agencies should consider to fight illegal flows efficiently?

Romulus Nicolae Ungureanu: The first priority should be the improve information flow at all levels. A coordinated focus on international platforms, such as SELEC, and a shift from “national cases” to “international joint investigations” is also important.
Another key priority is the partnership among the law enforcement community and stakeholders, which brings a real added value to the overall fight against illicit trade.

On the field, the fight against illegal flows is done by front-line law enforcement agents, consequently resources should be invested in training and knowledge-sharing sessions on the latest technology.

The permanent priority of SELEC is to support its Member States in countering illicit trade through tailored regional actions, as joint investigation and regional operations.

STOP: ILLEGAL: What is the role of the private sector in this fight?

Romulus Nicolae Ungureanu: The negative consequences of the counterfeit goods range from threats to public health to loss of the government revenues as well as to damage done to legitimate business. Consequently, the fight against illicit trade requires participation of different stakeholders, including the private sector.

The private sector can contribute with information on how the legitimate market works and with technical support, dedicated trainings programs, awareness campaigns and project-based activities.

SELEC has already developed partnerships with various actors in the private sector, the most recent and being the project FAIT under PMI IMPACT, which covers the all the key priorities.