Caring for the people we work with 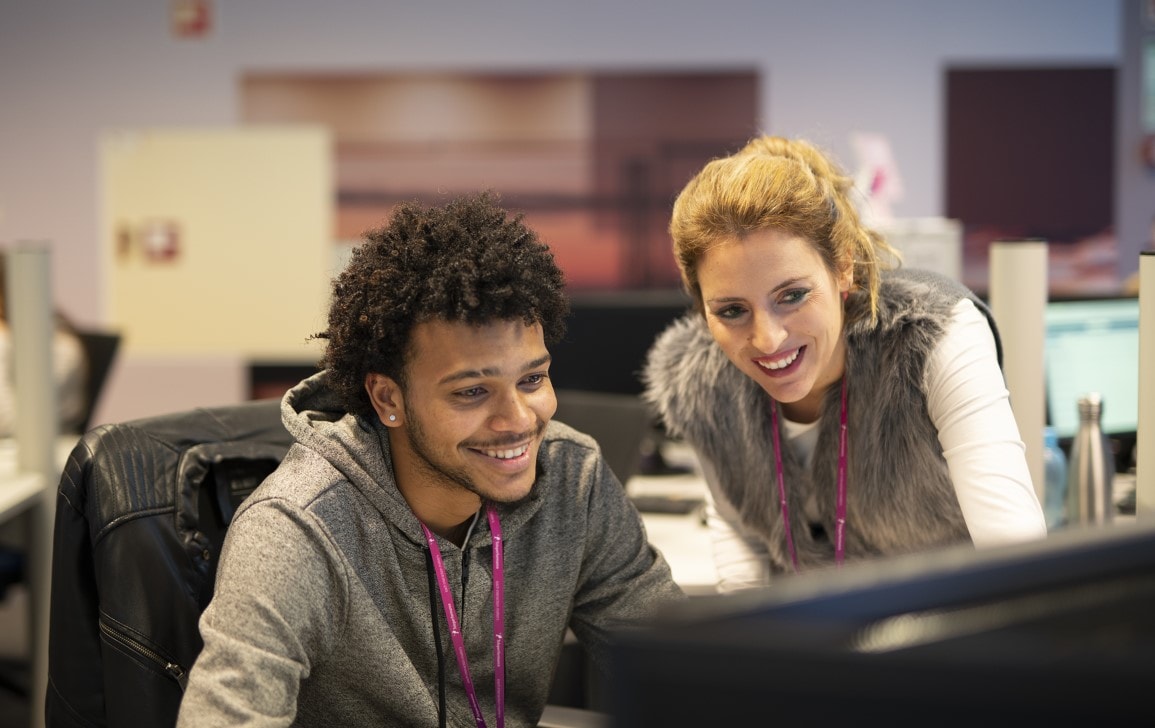 Why it is important to us and our stakeholders

From a societal perspective, diversity and inclusion are a mark of equity and openness. Inclusion is at the heart of the UN’s 2030 Agenda for Sustainable Development, with its ambition to “leave no one behind.”

People are central to the PMI value creation model, and their equitable treatment is part of the company’s license to operate and key to upholding fair working conditions. Our workforce comprises more than 125 nationalities, and 41.7 percent of our employees are women. Maximizing the potential of the diversity of our employees brings a rich contribution to us and our stakeholders. It is always important, but especially in times of change when diverse perspectives and problem-solving skills are even more vital. We know, too, that diversity in management leads to better executive decisions and risk assessment.

PMI’s goal is to uphold an inclusive environment in which all employees feel respected, supported, and engaged – and thus able to perform at their best. We are committed to improving the workplace by fostering an inclusive culture and enhancing our diversity. A critical first step is achieving a better gender balance in management. We continue to focus on our target of 40 percent of management positions to be held by women by 2022.

The commitment to diversity is driven from the top. The Board of Directors’ Compensation and Leadership Development Committee oversees PMI’s response to the risk that we may be unable to attract and retain the necessary talent with the right degree of diversity, experience, and skills to achieve our ongoing business transformation. Improvements are measured, and progress against targets is reported. Executive compensation is guided by strategic initiatives that include new ways of working and fostering diversity, notably to expedite progress toward being a consumer-centric company.

In early 2020, the new position of Chief Diversity Officer was created within our Company Management team, reporting directly to our CEO. Our focus on diversity and inclusion cascades through our business functions and markets, and extends to suppliers, tobacco farmers, and growers through our Responsible Sourcing Principles and Agricultural Labor Practices. Our global EQUAL-SALARY certification – received in 2019 – provides stakeholders and our own management with clear measures of our commitment to equal pay. Alongside programs on equal pay. we also have policies and guidance on flexible working arrangements and parental support.

In 2019, we cascaded our global commitment to diversity and inclusion to the regional and local levels. We communicated our achievements and shared our learnings with multiple stakeholders to push the agenda further across the organization.

PMI’s strong commitment to diversity and inclusion, where all feel welcome and supported, was recognized as a key strength in the Human Rights Impact Assessments performed in Mexico and the Philippines. Read more about this topic here

In 2019, we continued to support inclusive behaviors across all our activities. To tackle unconscious bias, we have embedded objective assessment criteria in recruitment, talent, and performance management to remove potential procedural and personal “blind spots.” In recruitment, for instance, we are focused on crafting gender-neutral job descriptions, as well as gender-balanced short lists and hiring panels.

To help employees thrive at work and at home, we continue to support our Parents@PMI employee resource groups in Switzerland. We also provide affiliate HR teams around the world with support to set up parents’ groups and run pre- and post‑maternity and new fathers’ workshops.
We have encouraged inclusivity by expanding employee resource groups. PMI now has 27 LGBTQ+ employee networks around the world. During 2019, we became a Global Diversity Champions member of Stonewall, Europe’s largest LGBTQ+ network. We also support individuals with a range of disabilities to actively participate in the PMI workplace with appropriate accessibility accommodations. We include options for job candidates to self-identify disabilities in hiring and onboarding, so reasonable workplace adjustments and accommodations can be made.

Relationships are an important part of any work culture. Mentoring relationships occur in all business environments, but research suggests that unconscious bias leads people to favor those who are like themselves. And this can mean we overlook talent and learning opportunities.

In Austria in 2019, we piloted an internship program designed to integrate refugees within local businesses, working in collaboration with an expert NGO. This program also aimed at overcoming bias in the hiring process. During their 10-week internships, participants had the opportunity to learn how our business works, apply their expertise, and develop their skills. The pilot proved effective in building the self-confidence of the interns while further developing the leadership skills of our employees. We plan to replicate and upgrade the program in 2020.
Also in 2019, in Germany and the Czech Republic, we successfully piloted reverse-mentoring programs that paired a junior member of a team with a more senior member. The objective was to break down hierarchies and facilitate two-way sharing and learning. Participants agreed that both parties learned equally from the mentoring. Other benefits cited by participants included insights into what more junior employees value and expect from a leader, as well as exposure to new perspectives and different parts of the business.

We are committed to building a gender-balanced organization, recognizing that a gender gap is a talent gap. Among other advantages, an improved workforce gender balance provides a better understanding of the influence women wield on consumer spend – an important insight for our business-to-consumer business model. Moreover, a skewed gender representation poses a risk to innovation.

Further, many studies have shown that when a company achieves a better gender balance in management, it also reaps the benefits of a culture that is more open and accepting of differences generally – thereby allowing all dimensions of diversity to thrive.

There is no single silver bullet to closing the gender gap; rather, success requires an ecosystem of interrelated actions focused across the entire employee life cycle. Critical actions include a commitment on gender balance from the top, personalized career and development plans for female leaders, celebrating female talent as role models, and providing female talent with opportunities to build connections and gain support through networking events and leadership forums.

During 2019, we increased the number of women in management roles to 36.1 percent. Within the gender split at various managerial levels, women currently make up 37.5 percent of managers at PMI, 31.2 percent of directors, and 17.4 percent of senior leaders. Among our new recruits in 2019, 40.7 percent of those hired into managerial positions were women, as were 43.8 percent at more junior levels.

Recognizing the importance of creating networking opportunities for women and promoting women as leadership role models, throughout 2019 we hosted a number of events focused on deepening awareness of differences that can arise between men and women in the workplace, hearing from female role models and thought leaders from inside and outside PMI, and creating networking opportunities. Affiliates around the world also have active women’s and inclusion networks.

We also highlighted stories of women leaders from a cross section of functions and levels of seniority through an employee crowdsourcing initiative that coincided with International Women’s Day 2019. Employees were asked to nominate women at PMI who inspire them. We received over 700 nominations of women who inspire their coworkers by being courageous and kind; juggling work, family, and other passions and interests; and having a positive impact on the world around them. We published a selection of these stories on PMI social media.

A foundational building block to deliver gender balance is PMI’s global EQUAL-SALARY certification.
In 2019, we were the first company to receive the global EQUAL-SALARY certification certifying that we pay men and women equally for equal work everywhere PMI operates in the world, covering more than 90 countries. The EQUAL-SALARY certification process extended beyond a simple comparison of pay data to include an in-depth qualitative audit of PMI affiliates around the world. During that audit, PwC (the EQUAL-SALARY Foundation’s accredited audit partner) interviewed around 50 senior leaders and more than 150 managers about their commitment to gender equality, held focus groups in which over 700 female employees shared their perceptions of the company’s commitment to gender equity, and reviewed HR policies and practices to identify potential gender blind spots. Where such blind spots were identified, PwC recommended actions to mitigate them, and improvement plans were put in place. The certificate is valid for three years, during which there are follow-up audits to check that these recommended improvements are being implemented.

The global EQUAL-SALARY certification is a solid proof point of PMI’s commitment to gender equality and a building block toward our bigger goals of closing our gender leadership gap and creating an inclusive workplace for all. Our progress in this area was recognized at the Golden Bridge Business and Innovation Awards in the U.S. in October 2019. PMI was honored with four top awards, including three Gold Awards recognizing our commitment to equal pay and employment practices. PMI hopes that recognition of this nature will encourage other organizations to seek independent equal-pay certification as part of their commitment to gender equality.

In 2015, our affiliate in India (IPM India Wholesale Trading Private Limited) began a program to improve gender balance. At the time, 10 percent of management roles were held by women. The global PMI target is 40 percent by 2022, so IPM’s Managing Director and Head of People & Culture set to work on making a radical culture change. IPM took a holistic approach to making an impact on the various employee life-cycle touchpoints from a gender-equality perspective. Starting at the recruitment stage, hiring partners and people managers were regularly sensitized to the inherent issues, an interview guide was shared with managers to help them assess candidates using inclusion parameters, and human resources team members were involved in the interviewing process to drive objective assessment of behavioral skills.

Simultaneously, inside the organization, a strong talent management system supported the integration and fair development of talent. As part of these improvements, approximately 20 percent of IPM’s workforce was moved across functions, out of which approximately 40 percent were women employees. IPM also looked at overseas assignments and, as appropriate, promoted women to department leadership roles. To further embed inclusion and diversity within the organizational culture, a number of trainings and workshops were delivered to IPM’s management team on topics such as unconscious bias. Additionally, flexible work arrangements such as remote work, half-day leaves, and flexi-timings were instituted to promote a better work-life balance. By the end of 2019, the gender balance at IPM had improved to women holding 30 percent of management roles, and the organization is on target to reach 40 percent by 2022. Furthermore, 25 percent of top leadership roles are now held by women. Much of the success is due to improvements in how we recruit talent in India, as well as a better understanding of how to avoid unconscious bias and how to recognize talent already in the business.

We will build off our global EQUAL-SALARY certification as we continue to close our gender leadership gap to achieve equal representation of women and men in recruitment and advancement. To tailor further actions, we are analyzing differences in engagement levels among our employees by gender, age, and geography. We will track progress over time through our global engagement survey.

Dialogue and engagement play a vital role in promoting positive employee relations, fostering goodwill, enabling change, and building trust. We will continue to expand and refine our stakeholder engagement, talent development, and internal communications programs as we work toward becoming a fully inclusive, fair, and diverse company. 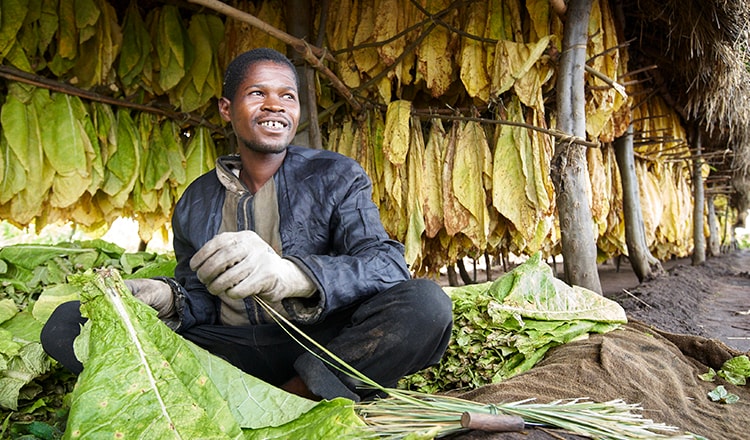 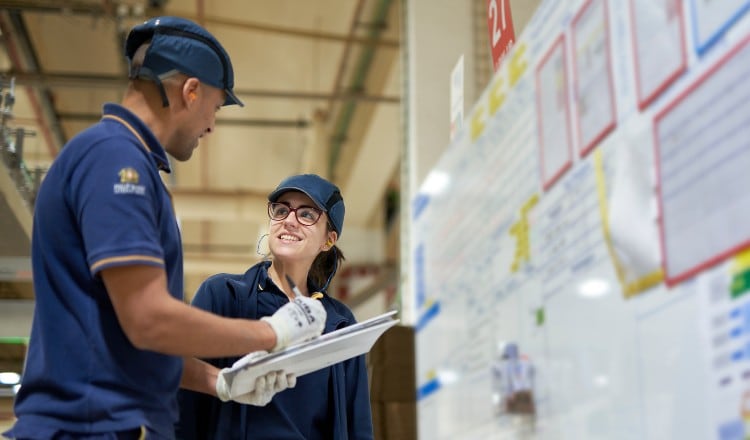 Health, safety, and well-being at work 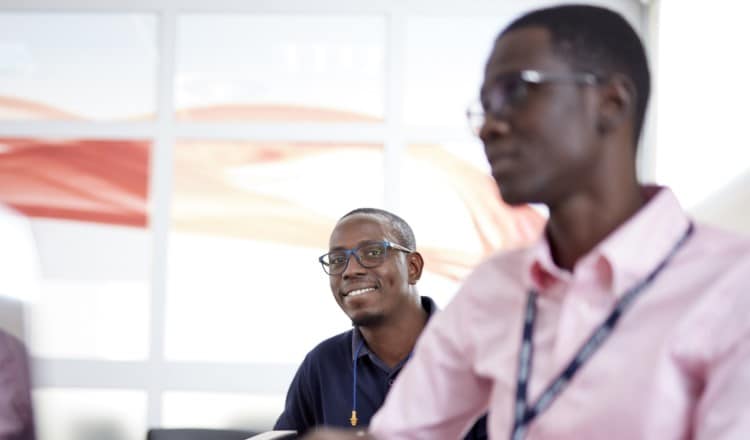 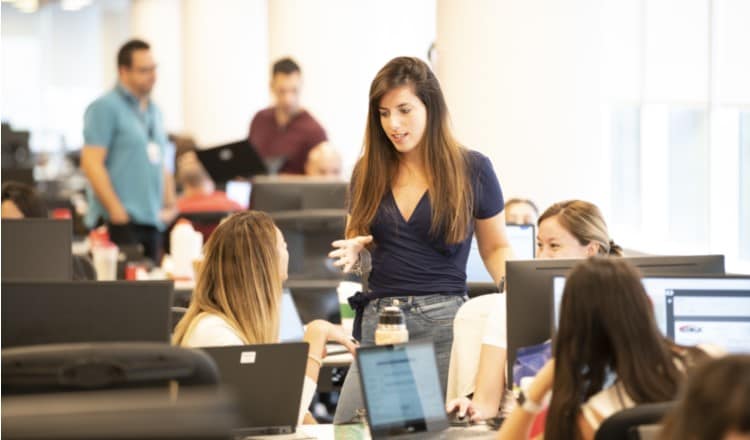 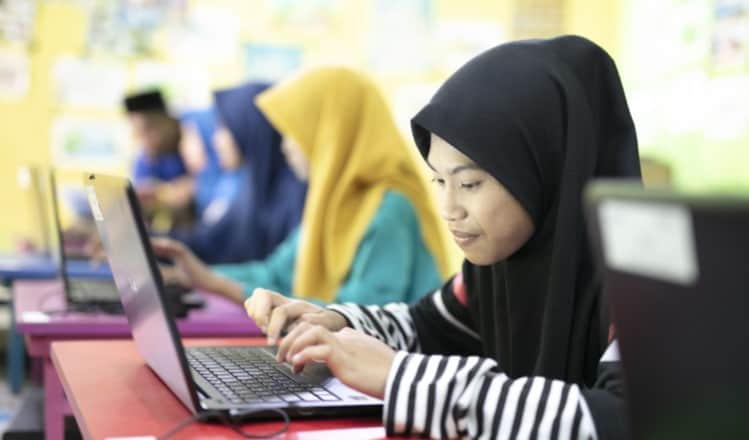