Science can unlock the door to a smoke-free Georgia 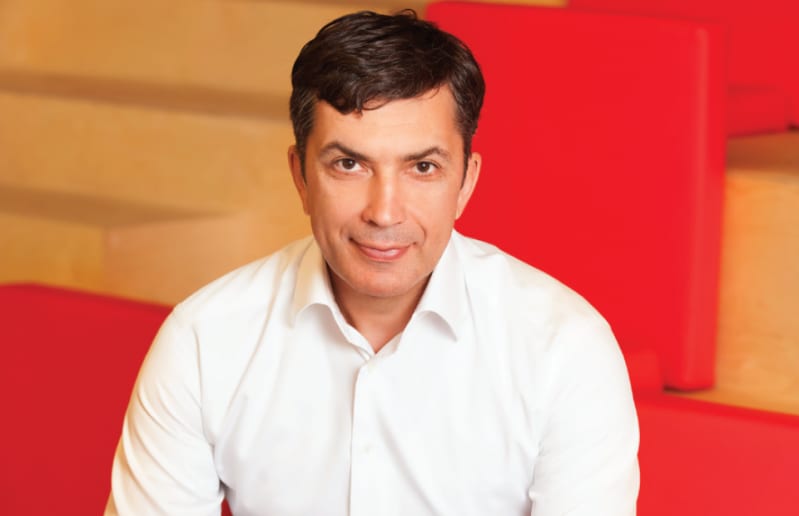 “I am Georgian and therefore I am European” – Perhaps, this well-known phrase has been echoing in every Georgian's mind as a guiding light leading them towards the desired future - towards the large European Family, among Western civilization - to a place, where Georgians were unflinchingly standing since the beginning of time.

The unwavering desire to become part of the European family is not solely the result of a geopolitical pragmatism or a logical continuation of Georgian’s historical choice - for each and every Georgian, this is the well-thought decision, which envisions their desired social and political life, as well as determines, what kind of judiciary system or economic model they would like to have in their country.

However, to be integrated in the Western family the Government’s decisions and structures must be in parallel with the European legislation. We all agree, that at the core of democracy is the duty of policymakers to consider the public’s voice and support its citizens to make informed choices. To take care of all citizens and ensure their well-being.

However, some governments fail to fulfill their duty. The core reason for this lies in the approaches they take and the regulations they impose in the name of the well-being of the whole populations. In this process they forget to listen to the voices of people, who are struggling due to the governments’ decisions taken in the name of the “highest goal”.

For me, as for the person who is working in the tobacco industry, this challenge is especially evident when we talk about the tobacco policies.

Tobacco control policy measures differ from country to country, but some seem to fail the very people they seek to help. I have met thousands of adult smokers in my lifetime, who are struggling with their addiction and are seeking a better alternative, to reduce the risk not only for their own sake but for the sake of their families, children, people around them in general. Thus, regulators cannot turn a blind eye to the men and women who smoke. They need to rethink tobacco policies to offer adult smokers who don’t quit access to, and information about, smoke-free alternatives.

Let’s look at the figures. There are approximately 800 000 adult smokers in Georgia. These thousands of adult smokers aren’t just numbers. These people are around us: our friends, our neighbors and, perhaps, your family members as well. I’ve lived in Tbilisi almost three years and I meet these people every day in the streets and ask them why they continue to smoke. But the answer does not bring hope.

According to the survey conducted by the Data Sciences Inc. commissioned by PMI, a concerning number of Georgians - more 50% do not have an accurate information about the harm of smoking.

It’s clear that misinformation threatens to impede progress by preventing those adult smokers who would otherwise continue to smoke cigarettes from switching to better alternatives. These smokers, and the informed choices they can make, should be at the center of the debate today.

Yes. We all agree that the best thing any smoker can do is to quit tobacco and nicotine altogether. However, the reality is that many don’t.

Thus, we should put aside the lack of trust, bring science forwards and start the conversation.

It is true, that significant steps have been already taken by Georgian NCDC and authorities in regulation of tobacco products. However, we should admit the fact, that regulatory measures to reduce that number have had limited effect, but not nearly enough to solve the problem. The answers for the future lie squarely in a fierce commitment to science and technological innovation.

Over the past decade, we have had an enormous scientific and technological breakthrough: Company, where I work has developed smoke-free products that eliminate combustion. While not risk-free, these products have been scientifically substantiated to be a better alternative to continued smoking. In fact, in authorizing our heated tobacco system as a Modified Risk Tobacco Product—and allowing reduced exposure claims to be made to consumers—the U.S. Food and Drug Administration noted that it is “appropriate to promote the public health” and “is expected to benefit the health of the population as a whole.”

That’s great news, isn’t it? Georgian adults who continue to smoke now have better alternatives to cigarettes. Who could oppose them switching to these better options?

You would be surprised.

Rather than celebrate what by any objective measure is a positive public health breakthrough, some interest groups are prioritizing ideology, politics, and a desire for retribution over progress. We are disappointed by the manipulations of these groups, who tries to hamper the constructive and science-based dialogue on tobacco harm reduction, who profit from the prevalence of smoking in Georgia; who promote the “quit or die” approach; who threaten opponents thinking otherwise; who lie to the public.

In many countries around the world, smokers are faced with only one choice – quitting or continuing to smoke. Quitting all together is always the best decision. But in any given year, a large population of existing adult smokers will continue smoking. What about them? Should they be left to continue smoking?

At PMI we don’t believe so.

Increasing number of public health authorities worldwide embrace this concept and encourage smokers who don’t quit, to switch to less harmful alternatives, as they consider it beneficial to public health.

For example, the National Health Service, UK states that “E-cigarettes do not burn tobacco and do not produce tar or carbon monoxide, two of the most damaging elements in tobacco smoke… While nicotine is the addictive substance in cigarettes, it's relatively harmless.” The Health Canada stated that “Completely replacing cigarette smoking with vaping will reduce your exposure to harmful chemicals.”

And these statements are not just mere words, or the tobacco industry finances marketing activities. These statements are based on more than 425 peer-reviewed publications and book chapters, conducted since 2008. Our scientists have presented and continue to present their research at numerous scientific events and to regulators around the world. In addition, more than 50 independent studies, including by leading government research centers, health authorities, and others confirm important elements of our research.

Considering the data from our findings and the recognition from the world-leading health agencies, it is unfortunate that some anti-tobacco activists and entities completely ignore the above-mentioned data and prefer to cherry-pick negative information or resort to manipulations when it comes to discussion of tobacco harm reduction.

Labeling us or demonizing us are tactics of propaganda, not reasoned debate. It does nothing to help the more than 800 000 adult smokers out there. It is time to address the serious issues related to smoking and the health of people who smoke.

At Philip Morris International, we strive for transparency as we transform our business to deliver a smoke-free future—inviting policymakers, the scientific community and NGOs to review and verify our scientific findings.

We believe, better choices exist for adult smokers who would otherwise continue to smoke. So, the crucial question now is: How quickly we can turn this opportunity for progress into reality for the hundreds of thousands of Georgian adult smokers? I am convinced that to get to a smoke-free future faster, we need to let science lead and encourage fact-based conversations that are transparent and inclusive of all stakeholders who can contribute to change.

Conversations based on scientific facts – rather than emotion – can create the potential to accelerate our progress towards a smoke-free Georgia.

Solutions are born out of facts, collaboration, and open minds.

United by real facts, we can drive real progress.