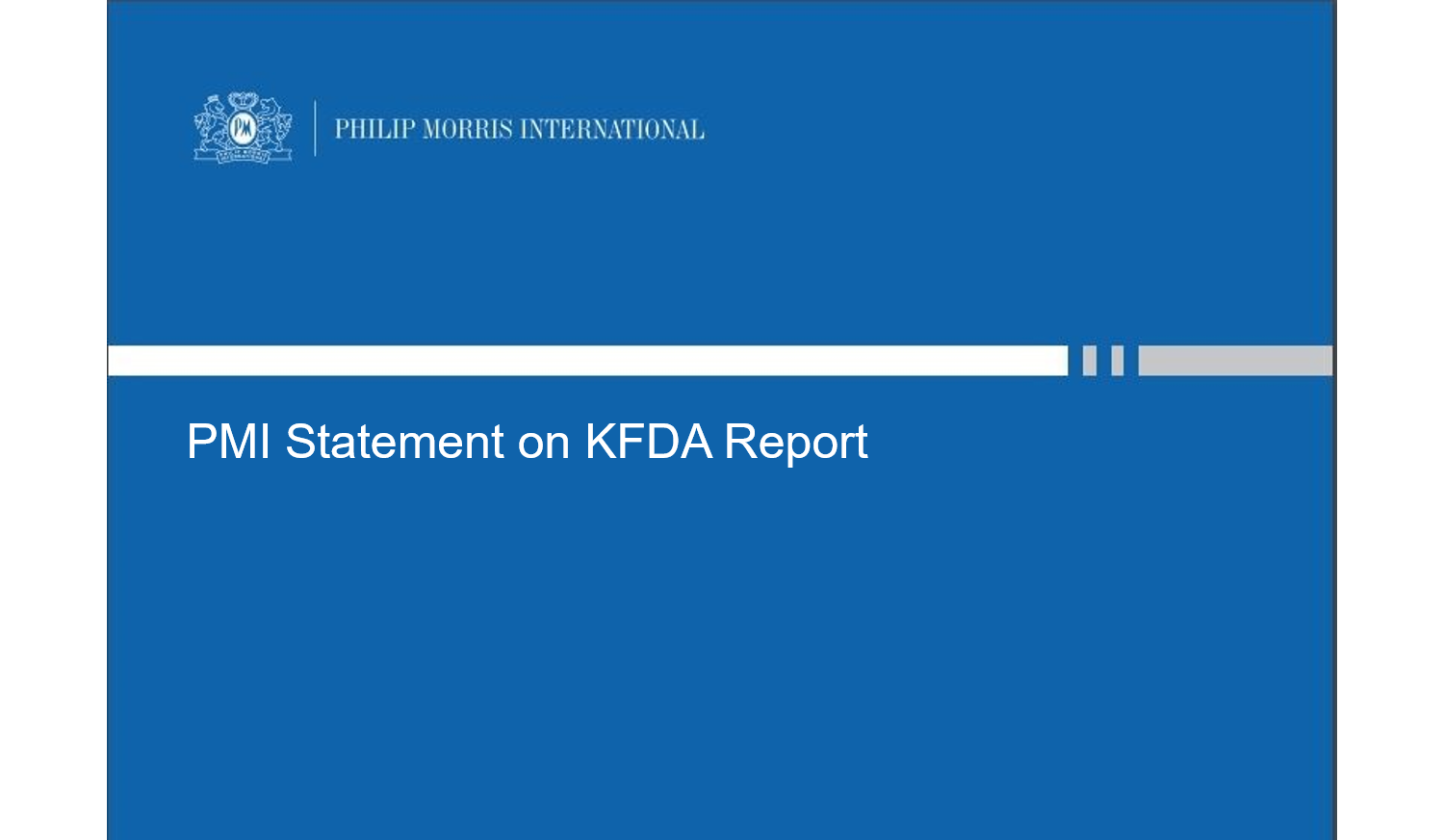 How Could KFDA Contradict Its Own Science?

This week, KFDA—the leading Korean consumer protection agency—has released a statement that could mislead millions of people into thinking that heated tobacco products are as harmful as cigarettes.[i] There is compelling scientific evidence, including KFDA’s own findings, that heated tobacco products generate an aerosol that is completely different from cigarette smoke, and that they are a better choice than cigarettes. And yet, with their June 7 statement, the agency could be risking the health of millions of Koreans who use tobacco products. These are the very people they are charged with protecting. Those who are still smoking may be discouraged from switching, and those who have switched may turn back to cigarette smoking.

Everybody agrees that smoking is harmful. Now, there’s a much better alternative, made possible by technology and science, for the millions of Koreans who are putting themselves at the greatest risk of serious health consequences if they continue to smoke cigarettes.

Rather than focusing on the significant reductions in harmful chemicals compared to cigarette smoke that the agency’s own science shows, KFDA points to “tar” measurements to judge the relative risk of tobacco products. However, the World Health Organization (WHO)—an objective and respected group with the public good as its goal—has been crystal clear on this matter: “Tar need not be measured, as it is not a sound basis for regulation, and the levels can be misleading.”[ii]  Exactly. The concept of “Tar” applies to cigarette smoke, which is not the same as the aerosol from heated tobacco products—a fact that has been confirmed by numerous studies.

Scientific evidence shows that switching to heated tobacco products, while not risk-free, is a much better choice than continuing to smoke. Koreans who use tobacco products, and those around them, deserve truthful information based on 21st-century science—not political agendas. Measuring “tar” is yesterday’s approach misapplied to today’s innovative products.

For the benefit of the people of Korea, we believe KFDA should consider issuing a clarification.


[i] There is today a wealth of evidence that indicates exactly the opposite. Recently, for example, 8 leading government health authorities issued research or reviews overall in line with PMI’s assessment that IQOS generates 90-95% lower levels of harmful compounds than cigarettes.  These health expert organizations include US FDA, German Institute for Consumer Protection (BfR) and Public Health England, and the China National Tobacco Quality Supervision and Test Centre, a member of the WHO Tobacco Laboratory Network. And some of those organizations clearly stated that those products have potential to be less harmful than cigarettes for people who would otherwise not quit.

[ii] WHO, Report on the Scientific Basis for Tobacco Product Regulation: Fifth Report of a WHO Study Group (2015), link here.