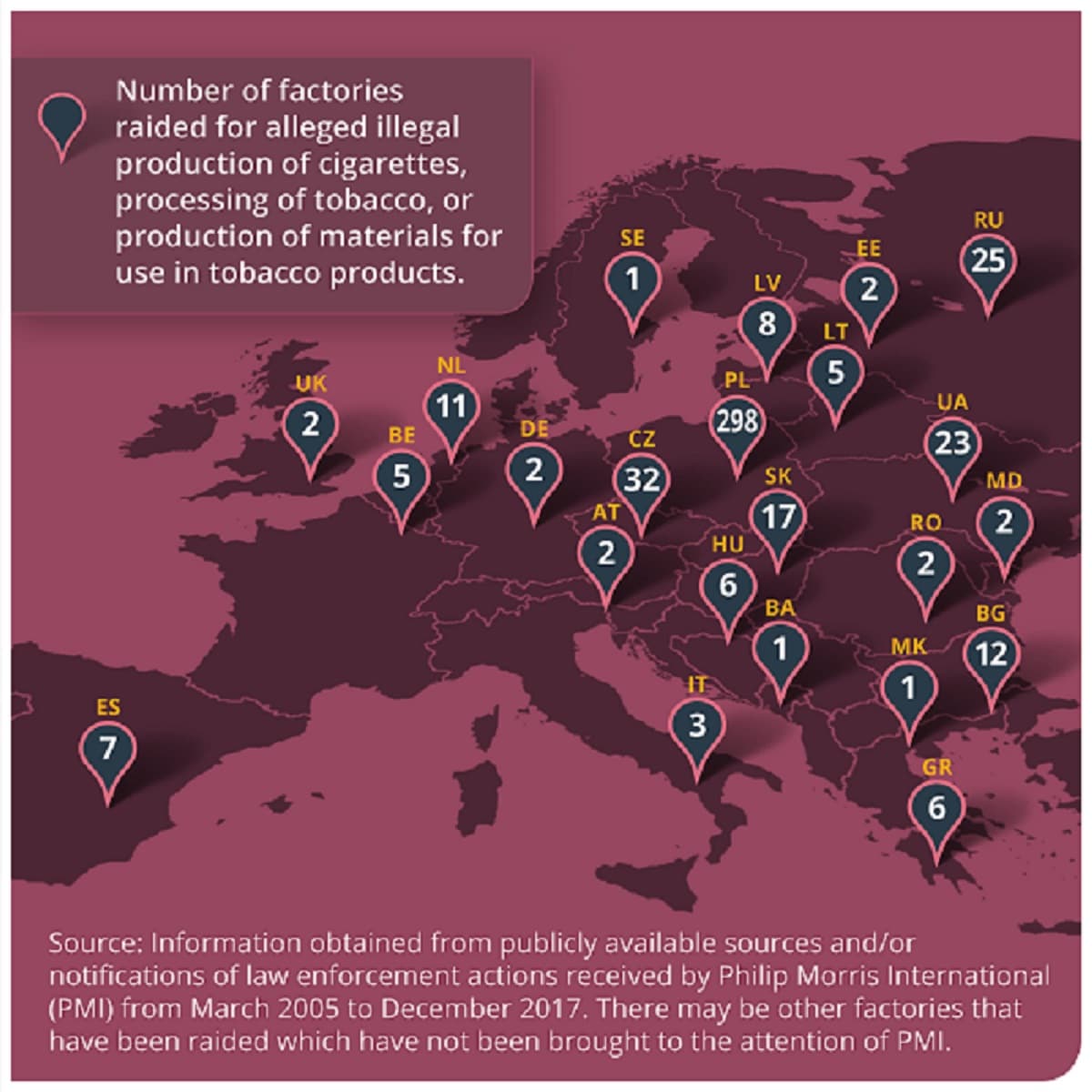 High profit combined with low penalties – that’s what makes tobacco fraud highly attractive to criminals. Currently, tobacco is the biggest excise fraud area in Europe, costing EU governments € 10.2 billion every year in lost tax revenue. PMI is taking a leading role in the fight against illegal tobacco trade in the EU and elsewhere and regularly collaborates with Europol in this combat.

STOP: ILLEGAL, PMI’s dedicated website about the fight against illicit tobacco trade, had the chance to sit down with Howard Pugh for an interview. He manages the fraud section at Europol and explains that organized crime groups look at the smuggling and fraud of tobacco as an easy form of income: “The profits from excise fraud are huge and can be used to fund other areas of crime and terrorism.”

Read the full interview with Howard Pugh on STOP: ILLEGAL.