Prohibition at any cost?

Our response to allegations led by American special interest groups 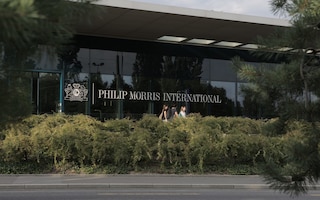 “You should develop a safer product.” For decades, that is what governments and the public health community have told the tobacco industry. PMI has invested billions of dollars in science and technology to achieve that precise objective.

A campaign coordinated by American special interest groups, all of whom are funded seemingly by the same source – Bloomberg Philanthropies – are dedicated to just one mission. Under the guise of promoting public health, they are robbing adults who smoke of their right to choose scientifically substantiated better alternatives to continued smoking.

We have a question for them: Why are they using an elaborate network of organizations to deceive adults who smoke, elected officials, and the public health community? We can only conclude that they are pursuing a disastrous prohibition-only crusade. We urge these groups to: STOP ignoring the rights of hundreds of millions of adults who smoke; STOP ignoring science and evidence that doesn’t fit with their dogma; and START having a real conversation.

This dangerous and misguided campaign has provided grants to media for journalism that many people believe is independent. Ultimately, this undermines the goal of harm reduction and confuses adults who smoke about better choices. And ironically, the campaign attacks the only company that has publicly committed to eliminate cigarettes.

If people who smoke are denied accurate information – or worse yet, are deceived – about less-harmful alternatives, the vast majority will simply continue to smoke cigarettes.

To set the record straight, we have addressed all of the allegations made against us by this global campaign. We invite everyone to learn the facts, study our science and arrive at their own conclusions. We have nothing to hide.

Investing in a smoke-free future

We are moving as fast as we can – but, more importantly, adults who smoke are voting with their feet and switching as fast as they can.

We have been clear about our objective to end cigarette sales. This is the future of our company; for PMI, there is no turning back. We have the determination to make it work.

The proof is in the numbers:

These facts are the real story.

The question for our critics is this: Do they want to make our transformation away from cigarettes slower or faster? Do they want it to make it more difficult for adults who would otherwise continue to smoke to choose better products, or less difficult?

Read our full response to the Bureau of Investigative Journalism.

Read our April 2017 letter to institutions affiliated with the authors of "Heat-Not-Burn Tobacco Cigarettes: Smoke by Any Other Name".

Read our full response to the Bureau of Investigative Journalism’s article regarding our donation of ventilators to the Greek government.

Read our further response to the Bureau of Investigative Journalism’s inaccurate article regarding our donation of ventilators to the Greek government.