17 May 2022
Tobacco naturally contains nicotine. Therefore, so do combustible tobacco products such as cigarettes and cigars, as well as smoke-free products such as oral and heated tobacco. While e-cigarettes do not contain tobacco, most do contain nicotine, which typically is extracted from tobacco.

Nicotine is the best-known molecule in tobacco. Because it is so well known and because smoking is the most common source of nicotine uptake, people tend wrongly to attribute all the dangers of smoking to nicotine. While nicotine is addictive and not risk-free, it is not the primary cause of smoking-related diseases. These diseases primarily are associated with chronic exposure to the high level of toxic substances emitted in the smoke when tobacco is burned. In fact, nicotine is a key ingredient in nicotine replacement therapies designed to help smokers quit smoking.

That said, nicotine is addictive, and it can be difficult to quit tobacco- and nicotine-containing products. It can also cause an increase in a person’s heart rate and blood pressure. Minors, pregnant women, nursing mothers, and people with existing conditions such as heart disease, high blood pressure, diabetes, or epilepsy should not use nicotine-containing products.

Independent studies have shown the harm reduction potential of making better alternatives to cigarettes available to those adult smokers who would otherwise continue to smoke (read more on page 73 of the Integrated Report). If nicotine could be provided in an amount, and at a rate of delivery, acceptable to adult smokers, it could be effective as a cigarette substitute, and millions of lives could be saved. For that to happen, adults who otherwise would continue to smoke need access to nicotine products that are less harmful alternatives to cigarettes.

Among the leaders of change are public health organizations and regulatory bodies, whose opinions and decisions impact everyone involved. Many scientific experts and public health organizations support the role of tobacco harm reduction as a complement to existing tobacco control measures. They also recognize the important role of nicotine in tobacco harm reduction to help smokers transition away from the use of cigarettes.

The U.K.’s Royal College of Physicians has said: “Nicotine is not [...] in itself a highly hazardous drug [...] It is inherently unlikely that nicotine inhalation itself contributes significantly to the mortality or morbidity caused by smoking. The main culprit is smoke and, if nicotine could be delivered effectively and acceptably to smokers without smoke, most if not all of the harm of smoking could probably be avoided.”1

Nicotine plays a key role in the successful adoption of our smoke-free products. Its presence can help adults who would otherwise continue smoking to switch to less risky alternatives instead. In addition to taste, ritual, and the sensory aspects, nicotine uptake that is comparable to cigarettes is important for adult smokers to accept novel alternatives to smoking. Taking these aspects into consideration, we have researched and continue to develop a portfolio of smoke-free products that are a better choice for adult smokers than continuing to smoke cigarettes.

We are working hard to achieve a future without cigarettes. As society progresses toward the elimination of cigarettes, the most harmful form of nicotine delivery, there needs to also be education and a societal debate about nicotine that is grounded in science. The world will certainly be a better place without cigarettes, but it is difficult to envision how to achieve this in a timely manner without nicotine-containing alternatives that deliver an acceptable sensory experience.

In this domain, we are acting on three axes:

Analyzing the risks and potential benefits of nicotine use

Nicotine occurs naturally in tobacco and, at significantly lower levels, in some other plant varieties from the Solanaceae family, which includes tomatoes, potatoes, and eggplant. It is possible to extract nicotine from tobacco, as is done to derive the nicotine contained in nicotine replacement therapy (NRT) products and e-liquids for e-cigarettes. It is also possible to produce synthetic nicotine. While this process is relatively costly, there are an increasing number of products (e-liquids and nicotine pouches) that are now using synthetic nicotine.

The route of nicotine administration (e.g., via the lung, mouth, or skin) influences the speed and amount of nicotine uptake into the body. When tobacco smoke or e-cigarette aerosol is inhaled into the lung, it is rapidly absorbed into the bloodstream and can reach the brain as quickly as 10–20 seconds after the puff is taken. Nicotine from oral tobacco products (e.g., snus, nicotine pouches, NRT gum) is absorbed into the bloodstream through oral tissues, and the nicotine concentration in the blood rises gradually, reaching a plateau in about 30 minutes. The rise in brain nicotine concentration is slower compared with the inhalation route. A certain amount of the orally administered nicotine is swallowed and absorbed, mostly in the small intestine, before passing to the liver, where it is metabolized (i.e., transformed to facilitate excretion of nicotine from the body). Nicotine, when absorbed through the skin, reaches a plateau concentration in the blood more slowly than via other routes of administration. However, the level typically is maintained for a longer period.

Once nicotine is absorbed into the circulatory system, it is distributed to all body tissues and organs, including the brain. There, nicotine binds to specific receptor molecules, mimicking the actions of a naturally occurring brain chemical, the neurotransmitter acetylcholine. Nicotine is metabolized mainly in the liver. Nicotine absorbed via the lung and oral tissues reaches the brain directly without first passing through the liver to be metabolized, whereas nicotine absorbed via the gut passes first through the liver to be metabolized and is partially excreted before reaching the brain.

Nicotine is an addictive chemical compound present in tobacco and tobacco products. But the addictive properties of smoking involve a more complex interaction of factors than nicotine alone. Ritual, the sensory experience, and social experiences also play a significant role in addiction. Exposure to nicotine and the extent of its effects can also be influenced by individual differences in smoking behavior, metabolism, body mass, and genetics.

Continual use of nicotine may lead to dependence or physiological adaptations to maintain homeostasis, which are most evident in the emergence of withdrawal symptoms experienced during cessation. In addition to other physiological responses, long-term use of nicotine can induce changes in the brain’s reward and stress systems, which may manifest as anxiety, dysphoria, and other negative affect states during long-term withdrawal. Physiological dependence, coupled with altered responses from the reward and stress system, can make quitting very difficult.

The rapid uptake and delivery of nicotine to the brain’s reward system via lung delivery is thought to be a primary reason for the addictive potential of cigarettes and other inhaled tobacco products. When someone smokes a cigarette, the nicotine levels peak quickly (in about six to 10 minutes), and then the level of nicotine drops fairly rapidly as it is metabolized. Most nicotine replacement therapies do not provide this same pharmacokinetic profile, making them less likely to be addictive but also less likely to satisfy smokers.

Two critical factors are the dose and rate of nicotine delivery. NRTs and other cessation products can help address nicotine withdrawal symptoms. The use of NRTs is recommended for eight to 12 weeks, although use for six months or longer may be necessary to achieve optimal quit rates. It makes sense to use NRTs to support smoking cessation for as long as the individual feels at risk of relapse. NRTs, however, are not as satisfying as cigarette smoking. Firstly, they do not provide the ritual, sensory experience, and social components that complete the experience of consuming nicotine via smoking. Secondly, the route and speed of absorption of nicotine is different: Often, the NRTs that rapidly deliver high doses of nicotine, such as sprays and inhalators, are more satisfying to smokers than are those that slowly deliver nicotine at much lower doses, such as gums and patches.

Nicotine in our heat-not-burn product

For adult smokers who would otherwise continue to smoke, scientific innovation provides increasingly better ways to deliver nicotine while preserving the perceived benefits and enjoyment for the consumer.

Nicotine delivery from smoke-free products can resemble that of a cigarette; thus, these devices tend to be much more satisfying for those switching to a less harmful substitute to cigarette smoking. Our IQOS heat-not-burn product is a smoke-free alternative for adult smokers who would otherwise continue smoking and is not a smoking cessation product.

Nicotine plays an important role in encouraging adult smokers to switch from cigarettes to better alternatives such as IQOS. Therefore, it is important for IQOS to have a nicotine delivery profile similar to that of a cigarette. In two studies conducted in Japan, the peak concentration of nicotine in the blood occurred about six minutes after starting IQOS use and reached more than 88 percent of the level attained with cigarettes. It, therefore, has an addictive potential similar to cigarettes. But at the same time, IQOS has the potential to be a satisfying alternative to continued smoking, the most harmful form of nicotine consumption.

After reviewing the scientific package on IQOS, the U.S. Food & Drug Administration (FDA) concluded, “[Pharmacokinetic] studies show Marlboro, Smooth Menthol, and Fresh Menthol Heatsticks have nicotine delivery, addiction potential, and abuse liability similar to combusted cigarettes. This is potentially beneficial for smokers trying to switch to IQOS as they are more likely to have satisfactory results and not resume [combusted cigarette] smoking.”2

The public health and scientific communities continue to explore ways in which nicotine, when isolated, can be used as a potential therapeutic compound. Scientists are studying nicotine as a possible active ingredient in pharmaceutical applications for the treatment of certain disease states as it could confer specific health benefits.

These include treatments for patients suffering from schizophrenia, depression, and anxiety disorders. Scientists are also studying the effects of nicotine on debilitating diseases and disorders such as Tourette’s, Alzheimer’s, Parkinson’s, attention deficit hyperactivity disorder (ADHD), and others.

We believe a greater societal focus on the health impact of nicotine in isolation is needed, and we plan to play our part in furthering this understanding through our research.

This online content about our Integrated Report should be read in conjunction with PMI’s 2021 Integrated Report. The information and data presented here cover the 2021 calendar year or reflect status at December 31, 2021, worldwide, unless otherwise indicated. Where not specified, data come from PMI estimates. Please also refer to 'This report at a glance' on page 5 of the 2021 Integrated Report for more information. Aspirational targets and goals do not constitute financial projections, and achievement of future results is subject to risks, uncertainties and inaccurate assumptions, as outlined in our forward-looking and cautionary statements on page 252. In the 2021 Integrated Report and in related communications, the terms “materiality,” “material,” and similar terms, when used in the context of economic, environmental, and social topics, are defined in the referenced sustainability standards and are not meant to correspond to the concept of materiality under the U.S. securities laws and/or disclosures required by the U.S. Securities and Exchange Commission.

Other topics in this strategic pillar 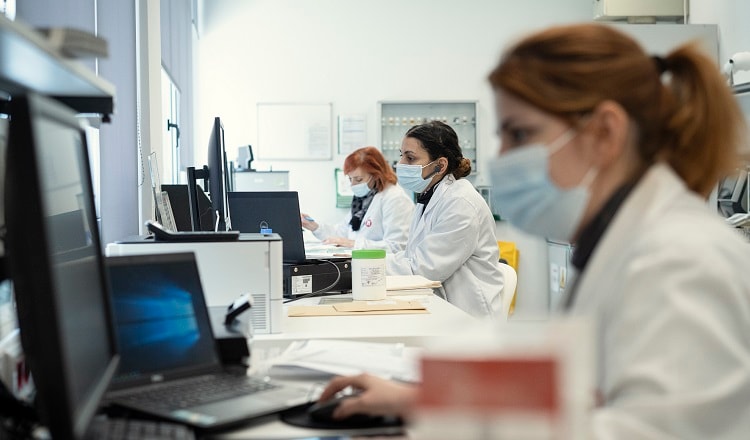 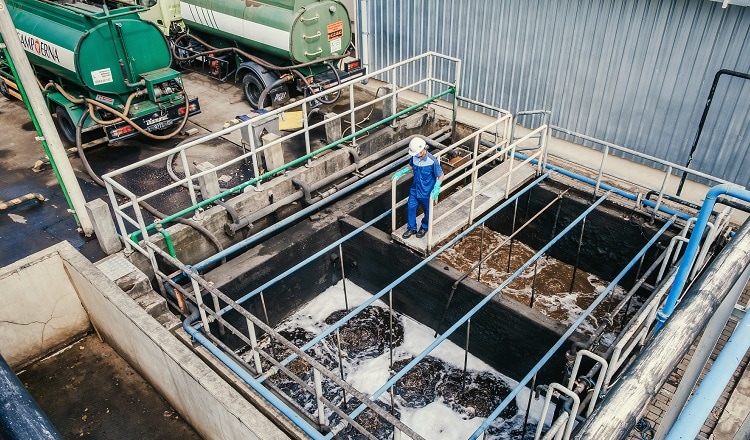