A report has revealed an urgent need to ensure smokers have the facts about alternatives, argues PML's Managing Director Peter Nixon. 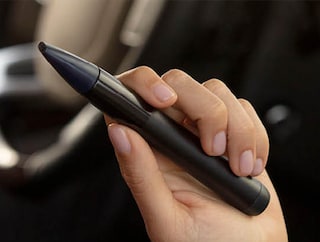 Current smokers who want to quit should consider using e-cigarettes, and they should be encouraged by health care providers to switch. These are the findings from a report led by scientists at King’s College London for Public Health England. The annual review update on e-cigarettes also found that regular vaping remains low among young people in Britain, and has plateaued among adults.

Alternative nicotine delivery systems such as e-cigarettes could play a major role in improving public health. Smoking remains one of the leading preventable causes of diseases and quitting is still the best option for health. While e-cigarettes are now one of the most popular quitting aids according to the report, over a third of adult smokers have never tried them.

Ann McNeill, Professor of Tobacco Addiction at King’s College London and a lead author of the report, said: “There is a clear opportunity for more smokers to try a method which has helped many others to quit. Smokers should be advised to stop smoking as soon as possible and explore all available options for support, including e-cigarettes.”

The fact that the number of vapers has plateaued shows an urgent need to ensure smokers have the facts about alternatives.
Peter Nixon, Managing Director Philip Morris Limited

Peter Nixon, Managing Director of PMI’s UK affiliate Philip Morris Limited, welcomed the Public Health England evidence update and the progress being made towards a smoke-free England: “There are more options for smokers than ever before to help them give up cigarettes, from a multitude of e-cigarettes  to heated tobacco. The fact that the number of vapers has plateaued shows an urgent need to ensure smokers have the facts about alternatives.”

Behind the scenes in Astypalea, the world’s first smoke-free island

Where will be the first place in the U.K. to quit smoking?

Why cigarette sales are substantially declining in Japan