The United Kingdom shows how better alternatives can help deliver a smoke-free future. 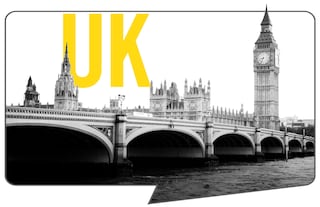 Successive UK Governments have embraced tobacco harm reduction and the use of less harmful alternatives to cut smoking rates. Their approach is evidence-based, anchored in scientific research, and welcomes use of innovative alternatives. It has resulted in the UK having one of the lowest smoking prevalence rates in Europe.

If decision-makers around the world chose to follow the UK’s lead and embrace tobacco harm reduction – including providing smokers with a range of proven less harmful alternatives – just think what could be achieved and how far smoking levels globally could be cut.

There are now over 3 million consumers of smoke-free alternatives in the UK, the success of which is built on the principle of putting the needs of smokers first. In the UK, health policy is devolved and the Government’s Tobacco Control Plan for England  (published in 2017) commits both to reducing smoking prevalence to 12% by the end of 2022 (down from 15.5% in 2016) and to supporting consumers along the way:

“The best thing a smoker can do for their health is to quit smoking. However, the evidence is increasingly clear that e-cigarettes are significantly less harmful to health than smoking tobacco. The government will seek to support consumers in stopping smoking and adopting the use of less harmful nicotine products.”

As a manufacturer, Philip Morris International is also committed to putting consumers first. We have spent billions of pounds on the research, development and testing of products that are satisfying and less harmful alternatives for smokers who would otherwise continue to smoke. It is important to state that our smoke-free products are not cessation devices, and the best thing a smoker can always do is quit.

In March 2018, Public Health England (PHE), the agency responsible for protecting and improving England’s health and well-being, estimated there were between 22,000 and 57,000 additional quitters annually in England, who in the absence of e-cigarettes might still be smoking. It has also recently said that over 1.2 million vapers in England have now quit smoking entirely - so there is undoubtedly a huge role for smoke-free products in reducing smoking rates.

There is no room for complacency when it comes to awareness. In England, research by PHE shows that nearly half of smokers still do not know that smoke-free alternatives are less harmful than continuing to smoke. In addition, many people assume that it is nicotine that makes cigarette smoking harmful. It is a fact that nicotine, while addictive and not risk-free, is not the primary cause of smoking-related diseases. In reality, these are caused predominantly by inhaling harmful compounds formed when tobacco is burned.

PHE have been very clear in stating that e-cigarettes are 95% less harmful than continuing to smoke combustible cigarettes,  so it is important – in fact, critical – that smokers are aware of this. Research undertaken by PMI showed that almost half of smokers in the UK are at risk of continuing to smoke unless they get the facts about all reduced-risk products. While significant progress has been made to date, it is important that the facts and science remain front and centre of all conversations with smokers.

The UK Government has shown over the years a commitment to tackling the problem of smoking through regulations. This has created an environment that allows innovation in alternatives to cigarettes, which has been crucial to getting over 3 million consumers to use smoke-free alternatives. The strong regulatory framework also protects these smoke-free alternatives from use by under-age consumers ensuring that they are not a gateway to smoking, as well as helping to ensure the safety of these products.

The UK Government’s recent commitment to make England smoke-free by 2030 underlines their determination to see the end of smoking. Having available a range of smoke-free alternatives will be crucial to achieving this target.

Taken together, these three strands are the critical components of a successful strategy for tobacco harm reduction. PMI have made a global commitment to go smoke-free and the clarity of this strategy means we can focus on one goal – delivering them globally. We are committed to working with governments, regulators and health bodies around the world, to ensure that adult smokers who would otherwise continue smoking have the best possible chance to change to a better alternative to cigarettes.

The results already seen in the UK and the potential for the future, can be great lessons for the rest of the world.

Looking back on our week in the town of Davos

Trump-Thunberg: What can be learned from this?