Portugal: A model for integrated sustainability 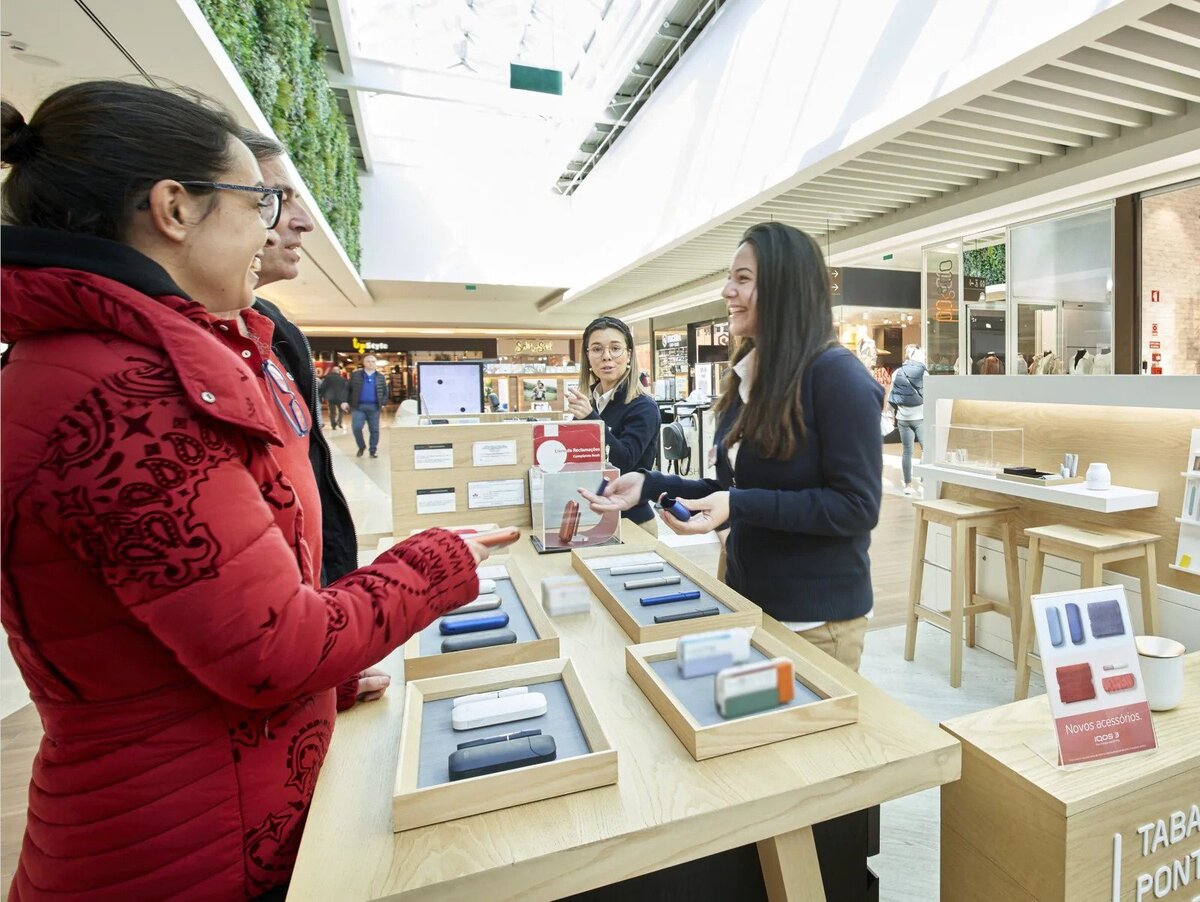 Founded in 1927, Tabaqueira has been part of PMI since 1997, when the company became its majority shareholder. It is the largest tobacco company in Portugal and its factory in Albarraque is one of PMI’s biggest European production centers.

Around 900 people work at Tabaqueira, with around 500 based at its factory, producing cigarettes for brands such as Marlboro, L&M, and Chesterfield, as well as local brands SG and Português. Several central or regional PMI business functions are also located in the country.

At the end of 2015, Portugal became the fourth PMI market to commercialize IQOS, with an initial introduction in the Lisbon area. The product’s commercialization required the company to adopt a consumer-centric model.

As a first step, Tabaqueira opened an IQOS store in Lisbon at the beginning of 2016. To ensure the product was available only to the intended audience – adult smokers – and to trial a new commercialization approach centered on direct contact with consumers, purchases initially were limited to a select group of registered users: Tabaqueira employees and adult smokers they recommended for membership.

Additional mobile and temporary points of sale were subsequently established in various locations throughout the country. Sales were then extended to include traditional retailers. As of the end of 2019, the IQOS device and its heated tobacco units could be purchased at thousands of points of sale across Portugal.

In parallel to making IQOS available to adult smokers, Tabaqueira has prioritized raising public awareness of the product and providing access to accurate information about it, while also guarding against access to youth and nonsmokers. To this end, the company instituted ID checks at points of purchase and also registers IQOS devices so each is linked to its user.

To address the issue of cigarette butt littering in Portugal, Tabaqueira collaborated with multiple stakeholders, including the European Blue Flag Association, the Municipality of Oeiras, and rail and infrastructure organizations. Together, they have been implementing impactful activities designed to change consumer behavior.

In December 2018, a campaign was launched to raise awareness of the issue and encourage consumers to dispose of cigarette butts properly, in ashtrays and bins. The campaign extended nationwide throughout 2019, spreading to events such as the Regata de Portugal and summer festivals. In total, 36,000 portable ashtrays were distributed at such events.

Together, they have been implementing impactful activities designed to change consumer behavior.

Tabaqueira employees also took part in activities to mark World Cleanup Day and further raise local awareness of the issue. Along with the local Sintra Municipality and Movimento Claro (an anti-littering organization), they helped to clean the beach of Praia Grande in Sintra, collecting a total of 115 kilograms of waste, including 17,500 cigarette butts.

It’s expected to continue this work in 2020, with further initiatives and cleanups planned to continue raising awareness and help drive consumer behavior change to protect the environment – forests and oceans, in particular.

In 2019, Tabaqueira’s factory became the first in Portugal to receive the Alliance for Water Stewardship (AWS) certification, recognizing its good practices in sustainable water management.

The AWS standard specifies how a company should addresses its water challenges in consultation with local stakeholders, while also addressing its water consumption and discharges.

PMI chose Tabaqueira’s factory as its first European site to undergo the AWS certification process because it faced several risks, including:

These challenges were assessed during the AWS certification process, leading to interventions such as the renaturalization of the Ribeira do Marmelo, a nearby river, to mitigate the risk of flooding. Also, the factory cleaning processes were further optimized. Tabaqueira has requested permission to reuse wastewater treated in the factory to irrigate its gardens. Furthermore, a new automatic chlorination process was implemented in the factory reservoirs to improve water quality.

Thanks to its ongoing efforts to manage water responsibly, Tabaqueira decreased its water consumption by 48 percent between 2010 and 2019.

A focus on safety

Eliminating unsafe behaviors within the factory facilities is a priority for Tabaqueira. In 2018, the location recorded 12 minor incidents after employees returned from summer vacation, highlighting an area for improvement.

To address such incidents, the affiliate launched a “Back to Work” campaign in 2019 to remind employees returning from holidays of the safety procedures within the factory. This helped achieve a substantial reduction in incidents, with only three recorded that year.

At the same time, the affiliate reinforced the use of Behavioral Observation Systems (BOS) as a platform. BOS works on the principle of preventing injuries by monitoring, recognizing, and reinforcing personal behavior. It provides a high awareness of safety and is a platform for everyone’s involvement on a regular basis, in order to create an interdependent safety culture. Tabaqueira employees have been trained on BOS to build the capability of preventing work-related accidents and develop skills to care for colleagues while at work. The tool provides data measurement that will help to better understand the causes for unsafe behavior. BOS training has already been delivered to more than 380 factory employees (representing 72 percent of the workforce). Thanks to this training, employees have incorporated the tool into their daily work. In December 2019 alone, 2,058 observations were catalogued. The challenge for the future is to have all factory employees conducting one BOS per day. The rollout will continue throughout 2020.