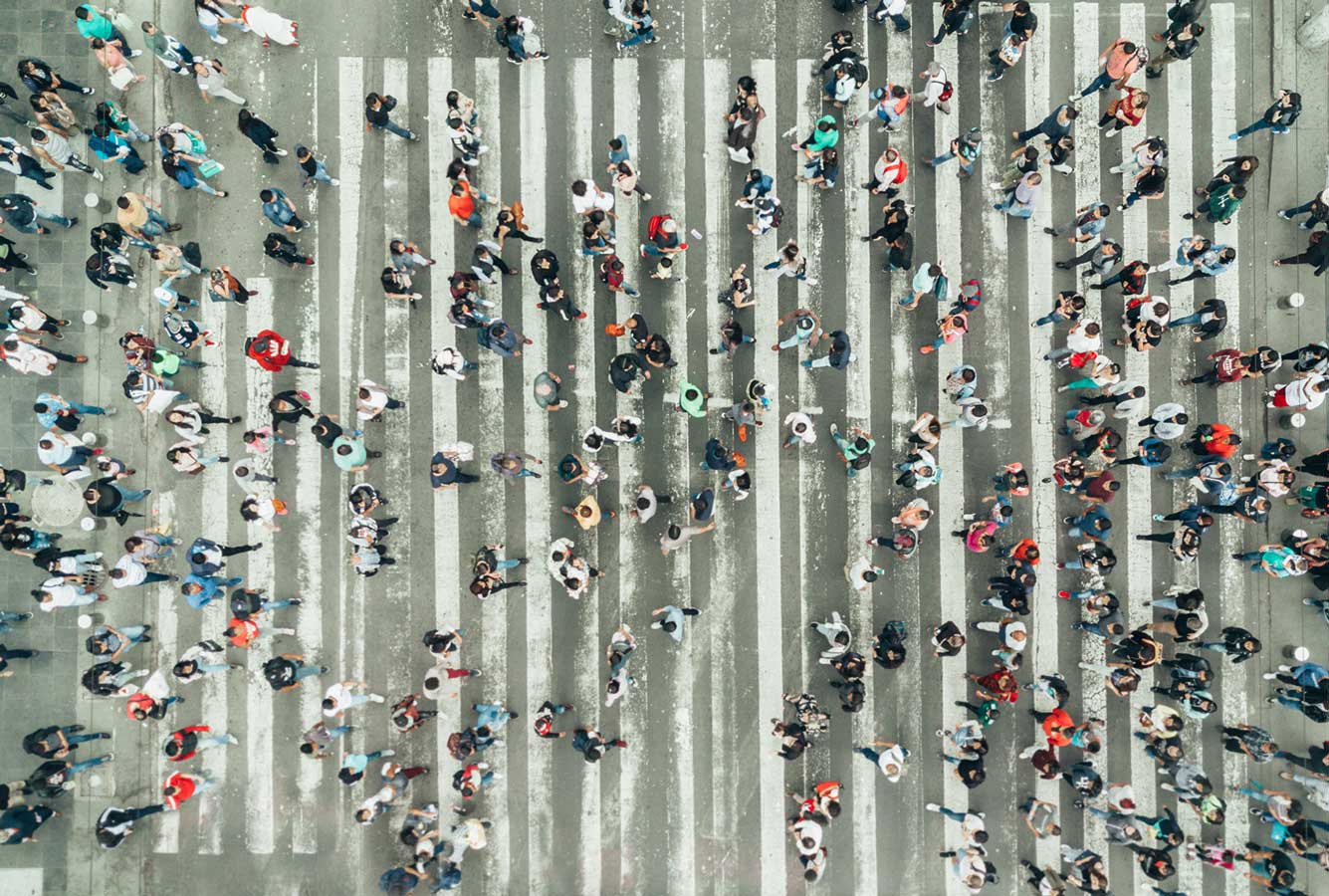 This is a follow-up to “Can innovative products like IQOS accelerate the decline of smoking?”. This was a case study published in 2021, which examined early population-level impacts of the introduction of heated tobacco products (HTPs), and IQOS specifically, in Japan, Lithuania, Latvia, and Italy. In these countries, HTPs represented around one-tenth or more of the estimated total tobacco product sales volumes in 2020.

In the 2021 case study, we found that the early post-market evidence from these countries indicates that HTPs have the potential to contribute to the reduction of smoking prevalence by transitioning large numbers of adult smokers away from cigarette use over time, thus complementing existing prevention and cessation programs by substituting the most harmful use of nicotine, smoking, with less harmful, non-smoked forms.

This update looks at Japan and Lithuania, the countries where HTPs had the highest share of market in 2021.1

The uptake of HTPs, expressed here in heated tobacco units (HTUs—the HTP consumables that are inserted into the device), has coincided with an accelerated decline in the sales of the predominant combustible tobacco categories, cigarettes and cigarillos (Graph 1). Across all brands, HTUs reached almost one third of the total tobacco market (defined as cigarettes, cigarillos, and HTUs) by 2021.

The survey also showed that an overwhelming majority of HTP users, 76% in 2019, did not report any cigarette smoking. The prevalence of other tobacco and nicotine products in Japan was very low, at 0.2%.

The NHNS was not conducted in 2020 and 2021 due to the COVID-19 pandemic, so we cannot examine more recent trends. However, Japan is one of the countries where Philip Morris International (PMI) conducts repeated cross-sectional surveys in the general adult population, as well as among adult IQOS users. From 2016 through 2021, PMI collected data from four annual surveys. The design of these studies is described in a research article published on F1000Resarch.

At the same time, the survey of IQOS users (approximately 2,000 respondents surveyed annually) shows that the proportion of HTP users who don’t smoke is similar to NHNS (see Graph 4).

The most recent survey of IQOS users also revealed that about 98% of them had a history of smoking, while less than 2% initiated tobacco use with IQOS (see Graph 5).

Outside Japan, the country with the second highest market share of HTUs is Lithuania. HTPs, namely IQOS, were introduced in Lithuania in early 2017. As shown in Graph 6 below, by 2021 the share of HTUs in the total tobacco market, defined as cigarettes and heated tobacco units, increased to more than 20%.

While the introduction of heated tobacco products coincided with sustained decline in cigarette sales, there are several important confounders we need to consider in Lithuania. The changes in legal domestic sales of cigarettes are reflecting not only decreasing smoking prevalence, including through adult smokers switching to HTPs and e-cigarettes, but also changes in the source of purchase (legal vs. illicit cigarettes) and cross-border trade impacts (primarily outflows from Lithuania).

According to the Eurobarometer survey, current smoking of combustible tobacco products (cigarettes, cigars, cigarillos, or pipes) declined from 32% in 2014 to 28% in 2020 (see Graph 7). In 2020, some 2% of the Eurobarometer survey respondents stated that they were current HTP users, while 3% used e-cigarettes. Unlike for cigarettes and HTPs, we do not have reliable estimates of e-cigarette sales in Lithuania.

The Eurobarometer survey also showed that the average daily consumption of cigarettes in Lithuania was stable in 2017 and 2020 at 12.6 cigarettes per day (although slightly increased compared to 12.3 in 2012 and 12.1 in 2014). This indicates that the changes in average daily cigarette consumption are unlikely to be the key drivers impacting cigarette sales.

Studies conducted by KPMG estimate that while the proportion of illicit cigarettes somewhat declined in recent years compared to a decade ago, contraband and counterfeit cigarettes still represented around 20% of the overall estimated domestic cigarette consumption (see Graph 8).4 This represents more than 0.5 billion cigarettes (see Graph 9).

Finally, KPMG estimated that while cigarette outflows from Lithuania declined by more than half since 2015, more than 6% of cigarettes sold in Lithuania were not consumed in the country in 2021. At the same time, the non-domestic legal cigarettes represented less than 2% of the estimated domestic consumption.

In other European countries, the impact of cross-border sales can be even more pronounced, which highlights the challenge of relying solely on legal sales volumes to estimate product substitution effects or changes in prevalence within a country.

For example, researchers at the Norwegian Institute of Public Health have estimated that over 40% of tobacco products consumed in Norway were not purchased domestically in 2019. This figure remained at around 30% in 2020, despite pandemic-related travel restrictions and border closures. As a result, the decrease in cross-border sales in Norway in 2020 was accompanied by a sharp increase in domestic sales of tobacco products despite underlying tobacco prevalence remaining virtually unchanged.

The sales and prevalence data from Japan continue to show that HTPs have had a positive impact on smoking prevalence by transitioning a large number of adult smokers away from combustible tobacco use. The uptake of HTPs in Japan has been accompanied by sharp declines in cigarette sales as well as smoking prevalence.

The sales data from Lithuania also indicate that HTPs are displacing cigarettes even though the sizeable presence of illicit trade and cross-border sales confounds our understanding with respect to the extent of the contribution of HTPs in reducing cigarette sales. While smoking prevalence in Lithuania has declined in recent years, more frequent surveys that can adequately and reliably measure the prevalence and patterns of use of all tobacco and nicotine products would greatly improve our understanding of the impact of the introduction of products such as HTPs on smoking.

2 Source: Study Report P1-PMX-01-JP, Year 4 (2020-2021), Repeated Cross-Sectional Survey on the Use of Tobacco and Nicotine Containing Products in the General Adult Population and among Users of IQOS in Japan

3 The distribution of patterns of use of IQOS users is based on repeated cross-sectional surveys of IQOS users in Japan. See Prevalence and patterns of tobacco and/or nicotine product use in Japan (2017) after the launch of a heated tobacco product (IQOS®): a cross-sectional studyfor details about the study methodology. Please note that the methodology to determine the patterns of use reported in this case study is different from the methodology PMI uses to estimate the number of adults who have “switched to IQOS and stopped smoking.”

4 Please note that this case study includes an early estimate of the incidence of contraband and counterfeit cigarettes in 2021. The final 2021 data is expected to be published in June 2022 on PMI.com.

OTHER CASE STUDIES
Can innovative products like IQOS accelerate the decline of smoking?
Impact of PMI’s expansion in wellness and healthcare on different forms of capital
Early adopter market Japan
A step towards circularity 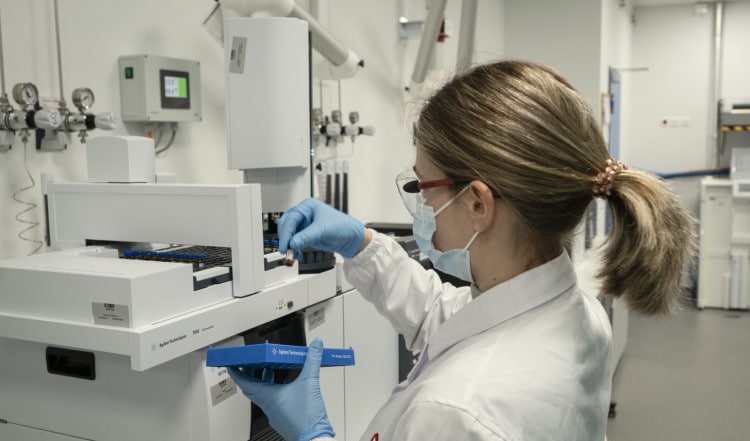 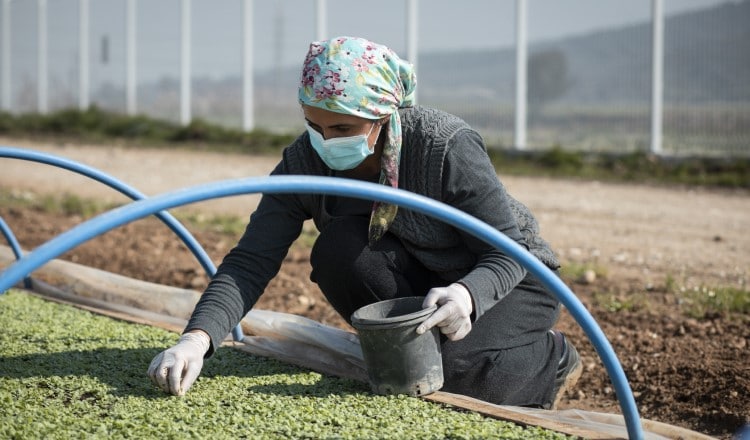 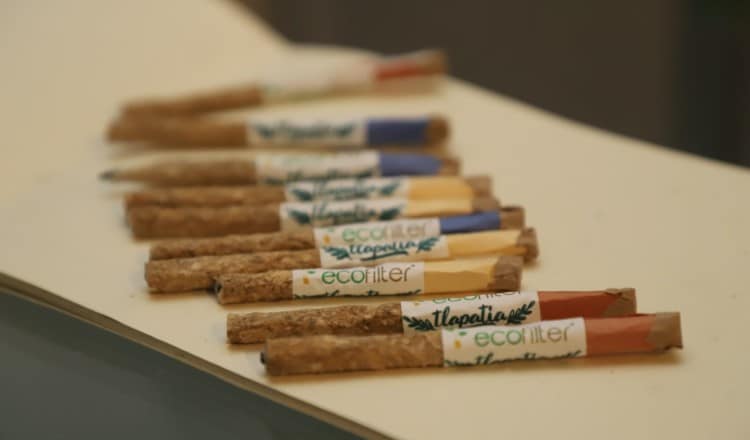 Partnering up to tackle the littering problem through innovation in Mexico